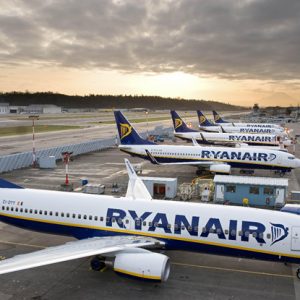 The Irish low-cost airline will finalize 25 of their 400 aircraft between November and March 25 to eliminate the “possibility” of being forced to “cancel more flights” in the future.

Irish airline Ryanair extends its flights cancellations for another five months until March, affecting around 400,000 travellers and about 18,000 flights on 34 routes.

In a statement, the Dublin-based company stated that between November 17th and March 18th 2018 it will no longer operate 25 of the 400 aircraft that make up its fleet. The main reason is to reduce the “risk of further cancellations”, which will be eliminated after the airline suspended 2,100 flights during six weeks due to a failure distributing “pilot vacations”.

“Operating 25 fewer planes this winter will trigger several changes in the flight schedule between November and March 2018. We have less than 400,000 customers with reservations on those flights” – said Ryanair.

According to the airline, this will affect “less than one daily flight” during the five-month winter period, at the time, they recalled, “many of those flights do not have reservations yet.”

“We’re not short on pilots. We have failed in distributing correctly the pilots’ vacations. We do not have enough staff in reserve to deal with the disturbances suffered, such as those caused by drivers or by the weather” – said the manager, trying to avoid the real reason of these cancellations. 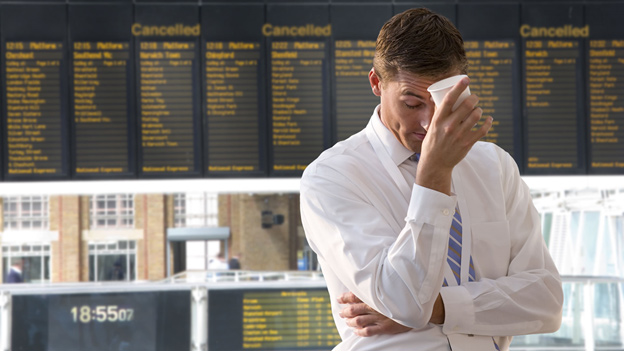 Ryanair also announced that from April 2018, when its fleet will increase to 445 aircrafts, they will operate ten fewer planes in order to to ease the pressure on its staff.

Passengers affected by the new measure, “less than 1% of the 50 million customers we will transport this winter” received an email to inform about these changes and “offer alternative flights or total refunds.” “They have also received a travel voucher of 40 euros that will allow them to book during October a flight for any of the services between October and March 2018” – said the airline.

The reduction of their flight schedule in winter will allow Ryanair to “develop their quadrants” with the “remaining holidays” of the pilots during October, November and December.

However, not everything is as easy as it looks. In a letter to the Dublin-based carrier,  it is stated that Michael O’Leary failed to tell passengers they could be rerouted with other airlines if there were no suitable alternative on one of its planes.

As it did when announced the first round of cancellations, the CEO of Europe’s leading low-cost airline, once again called for “heartless apologies” to affected customers. “There won´t be more flight cancellations caused by the quadrants this winter or in the summer of 2018,” said the executive.

According to O’Leary, “slower growth” will free “many aircrafts and staff” and “will enable them to handle the exceptional volumes of annual vacations”.