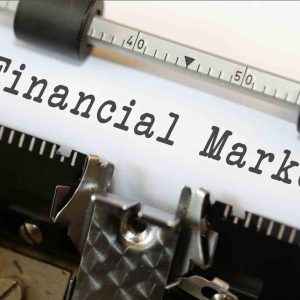 Politics and economics have become intertwined, leaving many questioning whether today’s political institutions are really fit for purpose.

Repercussions of the 2008 Economic Crisis

Debt and economic crises invariably trigger social and political turmoil. Current political uncertainties endured by liberal democracies all over the world were made inevitable by the economic crisis of 2008.

Economics and politics are inseparable. Decisions based on mathematics have real world repercussions. Every economic decision benefits one set of people, to the detriment of others.

When decisions are taken for the greater good, collateral damage is limited. When they benefit the few at the expense of the many, political unrest is inevitable.

As investment managers from Rubrics Asset Management point out, ultra-low interest rates actually deter small businesses. This is particularly evident in Japan, where virtually no major new companies have emerged since 1990.

Titans like Boeing and General Electric led their respective industries for generations. Nevertheless ‘free money’ has corrupted them to the point where the only engineering taking place is of the financial variety.

General Electric no longer makes light bulbs. Boeing no longer produces safe aircraft. The unspoken goal of these businesses has shifted from making and marketing quality products, to the enrichment of management and shareholders (who are often the same people).

While a contracted engineer makes around $9 an hour, Boeing’s CEO received $23.4 million in 2018. This is largely financed by the billions generated by share buybacks.

When interest rates go to zero, this changes the market’s incentive structure. Access to cheap capital is abundantly available to the biggest companies, enabling them to crush all competition. Business objectives shift from productivity to share price maximisation. Today’s ‘successful’ businesses, like Facebook and Google, are enriched by their ability to access and monetise personal data, rather than creating things of tangible productive value.

Brexit negotiations have stalled to such a point that the EU may need to force a hard exit. It is difficult to envisage a positive outcome, for either side. It may be that the unpleasant aftermath crystalizes minds, on both sides, to achieving sustainable resolution.

On the other side of the Atlantic, Trump’s ailing position in the opinion polls suggests a need to reconsider his stance. He wants deals he can tweet about, whatever the cost. Entering into an unwinnable conflict with Iran is the last thing he needs. It would sink his chances of re-election.

However, all is not lost. Trump could avoid another protracted war in the Middle East. He could cut a great deal with China. Likewise, Britain and the EU could negotiate a mutually beneficial arrangement. Germany could stimulate its ailing economy.

Nevertheless, none of these developments would resolve the underlying issue: our global economic system is flawed.

In the United States, though housing and employment appear to have held up, manufacturing shows clear signs of weakness.

There is increasing activity in the distressed debt space. The IPO market is weak, with many issuers postponing or seeking alternatives to issuing public equity.

Argentina bonds continue to trade in distressed territory, while Lebanon was downgraded to a CCC credit rating as fears of debt default escalated.

Many experts agree that we may be on the brink of global recession.

Our current global economic system is significantly flawed. We need to put an end to industry giants acting like hedge funds, by bringing back real competition in a balanced economy. That way, politicians can focus on their real duties: creating a healthy environment for future generations to enjoy.