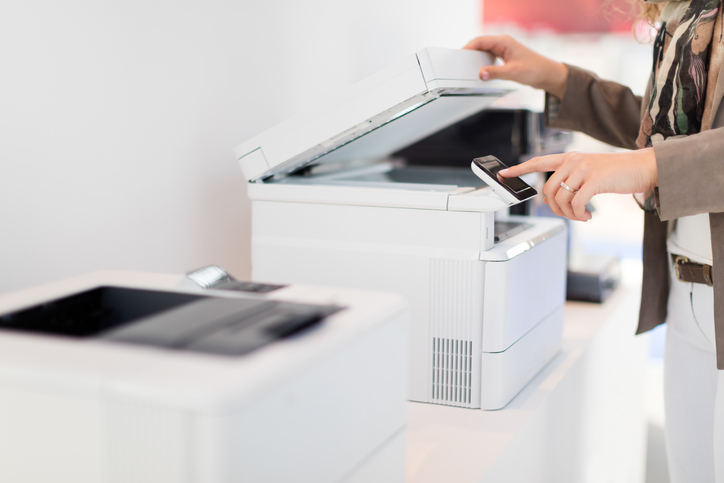 If you think your printer is working less effectively than it did when you first purchased it, you may have a printer driver issue.  In fact, there are many issues that could occur with your printer over time, with some of the most common being due to software updates not being regularly completed.

One software that you should update regularly is the printer driver within your machine. This is the element that allows the computer operating system to communicate to the printer. Without it, the machine may not be able to print items that you’re adding to the queue.

In this guide, we’ve shared reasons why you should update a printer driver, along with the step-by-step guide that you can use to update the component:

Why are updates important?

When it comes to updating the machinery in your office, the printer driver is crucial. If it’s not done regularly or when an update is released, you could experience the following issues:

One of the most common issues that could occur with a printer driver that hasn’t been updated, is that the printer becomes disconnected from the computer operating system. If the driver is corrupted, missing or damaged, it would limit the connection and not allow files being sent from your device, to be printed.

Bugs or issues with the model

Another issue that could occur with your printer could be bugs. For example, issues may arise as a result of using a particular layout or font within the document, causing it to print incorrectly. However, updating the printer driver can flatten out these problems and reduce the amount of down-time that the model has.

Because the printer driver’s main job is to allow the printer to communicate with your computer operating system, you may find that either device crashes when you’re attempting to send files. A key sign of an out-of-date driver, you should update it as soon as possible.

Unfortunately, there isn’t a one-size-fits-all approach to updating your printer driver. Due to each manufacturer building their printer differently, you may need to refer to your manufacturer’s handbook to find the best method to update the component.

However, some manufacturers offer online support to help you update the driver. For example, with a model such as the CLP-680DW Samsung laser printer, you can use the manufacturer’s website to locate the correct Samsung printer driver for the model. Alternatively, you could contact Samsung printer support for further assistance.

There’s also the option to renew your printer software manually using Windows Update. Offered by Microsoft as a service for Windows components, the printer driver will be automatically updated when the new software is being used.

Hopefully, you understand why it’s so important to regularly complete a printer driver update whenever the manufacturer releases new software. Remember that it could be the main reason behind an ineffective machine, so always update the driver before investigating any other issues.