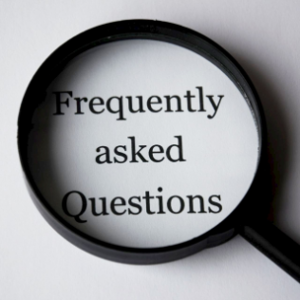 PSD2 is a European directive that was introduced back in 2015, by the European Payments Council, with the objective of centralizing financial services, driving innovation and clamping down on cyber-fraud.  PSD2 will allow vendors, once the customer has given permission, to access account data and make online transactions without recourse to a third-party service such as PayPal. The legislation also allows FCA approved Account Information Service Providers (AISPs), to access user account data and present it in one location.  This will allow users of cloud-based accounting software the convenience of seeing all their data in one place.

Who Will PSD2 Concern?

The legislation concerns not just members of the EU but also those countries which fall within the European Economic Area.  In the UK PSD2 came into force via the Payment Services Regulations of 2017 but the FCA has delayed full compliance until 14th March 2021, over concerns that there would be a detrimental impact on online purchases.  Figures within the industry have predicted that a significant amount of e-commerce traffic could be affected by the new Strong Customer Authentication (SCA) which is a key element of the new legislation.

How Secure Is PSD2?

Cybercrime is on the rise and in 2018 criminals stole around £1.2billion from e-commerce transactions.  PSD2 legislation will not eradicate the problem but it will go a long way toward making online fraud much more difficult.  Customers of online banking will be aware that the new SCA rules are already operating.  The new security measures require the customer to provide two forms of identification from three different categories: knowledge, such as a pin or a password; possession, for example a card; and inherence, such as fingerprint or voice recognition.  Most businesses won’t need to take any action in order to keep their systems running, however some TPP finance integrations will no longer be able to operate as they did before and accounting software will not be able to extract the data that they require.  Private business account holders who are affected may need to switch to a compliant credit card provider such as the UK based Soldo.

How Will Businesses Benefit?

The arrival of PSD2 brings with it some real benefits for business.  Despite the possibility of initial teething problems, the improved security that SCA will deliver is reassuring for both businesses and customers.  Businesses will also have an immediate overview of all their accounts, which will make keeping an eye on cash-flow, the biggest cause of insolvency amongst SMEs in the UK, so much easier.  PSD2 is an opportunity for banks to radically alter the way in which they operate and instead of battling against fintech start-ups, this legislation gives them the opportunity to create new synergies, providing services which can be tailored to the requirements of the individual.  Banks will now have the opportunity to offer their products and services to the customers of other banks.  There may be some disruption to e-commerce in the weeks that follow the introduction of the new SCA rules in the UK, but PSD2 will bring faster, cheaper and more varied banking opportunities to businesses across Europe.