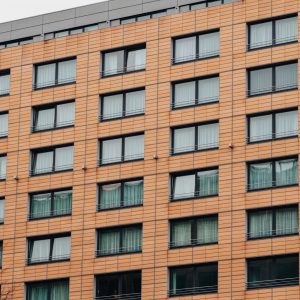 One of the key themes which emerged from the Spring budget announcement on March 3rd was the idea of ‘levelling up’ the United Kingdom. A set of policies seek to spread investment more equally around the United Kingdom, to tackle the perceived over-investment in London and the South-East, by pouring more investment into regions like the North East and Yorkshire and Humber. The Government’s backing of levelling up policies will bring significant benefits to property developers.

By investing heavily in areas that have historically been neglected (and which will typically have low property prices), the Government has created an attractive investment prospect for shrewd developers. The Government stated that property development is “A driver of business activity,” in regenerating areas. As a result, it has pledged to make property development significantly easier and cheaper in areas earmarked for levelling up initiatives by granting developers SDLT relief and by simplifying planning rules.

By taking advantage of low property prices, high levels of investment and sped-up processes, developers could find themselves cheaply and efficiently securing an excellent property deal in an area set for a period of intense growth and revitalisation, stirring an increase in property prices.

Central to the Government’s levelling up agenda is the establishment of freeports. Freeports are secure custom zones that allow business to be carried out within a country’s land border, but where different, usually more favourable, customs rules apply. A freeport is a specific zone that is considered outside of its home country for trade and tax purposes.

Freeports are a well-established mechanism: over 3,500 free trade zones have already been established across 135 countries. The benefits which freeports can bring to a local area are manifold – areas around ports tend to score highly on the Government’s Index of Multiple Deprivation. Establishing a freeport will bring much-needed investment, business, and R&D to often very deprived areas, generating jobs for local people in desirable sectors such as supply chain management and logistics.

Businesses are particularly incentivised to headquarter themselves in freeports, as they will benefit from a number of tax efficiencies within the freeport area. There will be zero stamp duty, full rebates for construction and machinery investment, five years of zero business rates and lower tariff and custom obligations.

Financial modelling for one freeport candidate, located in Teesside, suggested establishing a freeport could create up to 32,000 jobs and boost the regional economy by £2 billion over the next 25 years. When a local area experiences increased commercial activity and job creation, these are ideal conditions to create a property boom. Developers should keep close watch of the property market in areas in which the freeports will be located to ensure that they are the ones to provide homes and headquarters to the flurry of new workers and businesses, which will hopefully materialise in the wake of the new investment.

As of March 3rd 2021, eight locations have been approved as freeports. The locations are: East Midlands Airport, Felixstowe and Harwich, Humber, Liverpool City Region, Plymouth, Solent, Thames and Teesside.

Many of these areas have historically had low property prices. For example, the average property price in Teesside is £153,597, while the average property price throughout the UK is £251,500. Paul Welch, CEO and founder of largemortgageloans.com, comments, “If the regeneration promised by the Government comes to fruition, it is clear that property developers who buy early in a freeport ‘boom town’ may make a wise investment.” largemortgageloans.com specialise in property development finance and large mortgages.

Freeport areas will experience several benefits, which will make them extremely attractive prospects to property developers. The Government has stated that they are relying on property developers to help freeports reach their potential.

Firstly, when describing the freeport initiative, Rishi Sunak promised “a unique approach”, encompassing more straightforward planning rules, infrastructure funding and lower taxes to encourage building. It is clear that these areas’ improvements could soothe many pain points experienced by developers, speeding up construction and making property development in these areas highly cost-effective.

However, some quarters have experienced reservations around the Government’s plans. The British Property Federation believes that to regenerate freeport areas truly; incentives must not be limited to “the goods and services that move in and out of the area”, and that investment in infrastructure and the built environment is crucial to create, “Vibrant and growing places, where people want to be.” Care must be taken to ensure that the increased activity which results from the newly established freeports, in turn, generates investment and improvements to the area itself, rather than resulting in “a random patchwork of activities that adds little to the local economy and struggles to attract quality investment.”

What Does the Spring Budget Hold for Developers?

In addition to the Freeports initiative, the Government has also announced a £4.8 billion Levelling Up Fund, which aims to support local town centres, high street regeneration, local transport projects and cultural and heritage assets.

Bids for the Levelling Up Fund are now open. Shrewd property developers may want to keep an eye on which bids for the fund are successful and earmark areas that will be undergoing further investment and redevelopment in the near future.

As the United Kingdom emerges from the fear and stagnation of the last 12 months of COVID-19, it is clear that, if levelling up is managed correctly, many previously overlooked areas of the UK will have a bright future. Property developers have an important and prosperous role in the regeneration of the United Kingdom, and attractive incentives like SDLT relief make the scheme mutually beneficial. The full 2021 Budget can be found here.