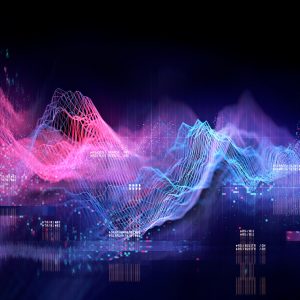 CB Insights offers industry-leading software for the prediction, discussion and communication of emerging trends in the technology sector. A report was produced by CB Insights exploring technology trends to watch in 2018, preceded by an overview of financing trends in 2017. Business people such as Matthew Ledvina, director for a London-based fintech company which focuses on asset-backed lending, often keep a close eye on advancements in fintech.

One of the biggest things to happen in 2017 was that global financing for fintech reached a new record. Venture capital-backed fintech deals numbered 1,128 in 2017, to a total value of $16.6 billion. Fintech has seen a more or less steady increase in investment since 2013, surpassing the number and value of deals every year except 2016, when there was a slight drop in value (although the overall number of deals increased). However, although on an annual basis deals increased, Q4’17 was the second consecutive quarter where fintech deals fell.

In Europe, funding for fintech rose by a whopping 120%, compared to Asia, where funding decreased for the first time in the last four years. The fintech deal share for early-stage companies reached an all-time low globally, affected mostly by deals decreasing in the United States. Across Europe and Asia, fintech investment in early-stage enterprises remained strong overall.

There were 35 mega-rounds of fintech financing in 2017, to a total value of $7.76 billion. As of year-end, there were a total of 25 fintech unicorns in the world, with an aggregate value of $75.9 billion. Eight of these unicorns were minted in 2017.

Predictions regarding fintech in 2018 included European fintech companies seeking to expand their global footprint, particularly through bringing challenger banks to America. Funding Circle, an online platform that provides direct lending for small to medium enterprises, launched a series of new partnerships in 2018 and announced that new lending records had been crossed. Swedish company Klarna was granted a license for banking in Europe in 2017 and grew to 500 online retail partners in the United States since its launch in the US in October 2016.

Some of the world’s foremost banking institutions were investing heavily in fintech start-ups over the past few years, encompassing personal finance management, infrastructure, alternative lending and data analytics. As of 2017, more and more banks began talking up their in-house digital capabilities. Marcus by Goldman Sachs became the first lender to issue over $1 billion, and in November 2017 reached $2 billion in originations.

The CB Insights report predicted that China’s hottest fintech sector in 2018 would be wealth management, as the country’s total individual investable assets grew in 2016 to reach $26 trillion. When it comes to venture investment, wealth management technology is still a nascent category in China. New start-ups are facilitating access to overseas securities for Chinese investors and engineering new models for Chinese consumers to engage in wealth management.

South-East Asia and Latin America were both predicted to take a larger share of fintech activity, with early-stage fintech investment on the increase in emerging markets. Fintech deals in South America have been steadily outpacing most other markets since 2013, while South-East Asia saw a new record for VC-backed fintech funding in 2017. As lines begin to become blurred between fintech and commerce, new opportunities are opening up all the time in these two regions of the world.