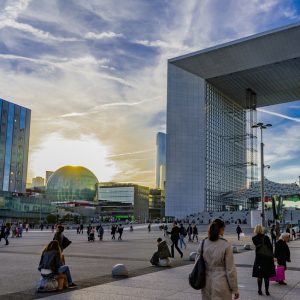 Goldman Sachs is planning to have two hubs on the European continent following Brexit, according to Reuters. The banking giant will establish bases in Frankfurt and Paris, with London staff free to decide where they wish to relocate

Speaking to French newspaper Le Figaro, chief executive Lloyd Blankfein said: “We will have more employees on the continent [post-Brexit]. Some, if they want to, would come from London, we will hire others.

“But we won’t have a single hub, but two – Frankfurt and Paris… Brexit pushes us to decentralise our activities. In the end, it is the people who will largely decide where they prefer to live.”

At present, most of Goldman Sachs’ European activities are carried out from London, where 6,000 employees are based. Once Britain leaves the EU, the bank will need to ensure stability of services for clients remaining in the EU’s single market.

The chief executive said it was almost time for the bank to make key decisions and he hoped negotiators in the Brexit talks would reach agreement soon on rules for a transition period ahead of the final exit in 2019.

To attract banks, France has been relaxing regulations including employment laws under the leadership of President Emmanuel Macron.