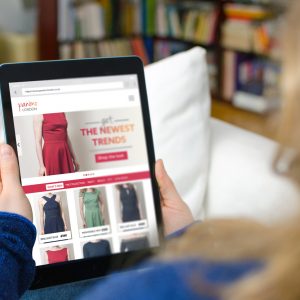 High street stores in the UK remained closed in February but retail sales returned to growth thanks to strong online sales.

Total UK sales increased by 1% compared with the same month last year, an improvement from the 1.3% contraction in January, according to an analysis by the British Retail Consortium (BRC) and consultancy KPMG.

Food sales continued to show strong growth as supermarkets and smaller grocery stores remained open to customers during lockdown. Over the three months to February, food sales increased by 7.6% on a like-for-like basis.

In February alone, online non-food sales soared by 82.2% year-on-year with strong sales across all categories.

Commenting on the latest figures, BRC chief executive Helen Dickinson said: “February saw a return to growth after a disappointing start to the year. The Prime Minister’s roadmap to reopening prompted a burst in spending on non-food items, such as school uniforms. Furthermore, with another month of lockdown still to go, online sales were high, rewarding the retailers who have invested digitally.

“Couples staying home for Valentine’s Day found themselves splashing out at their local supermarket, benefitting food sales. Meanwhile, the continued closure of so-called ‘non-essential’ retail has meant that non-food instore sales remained significantly down, underlining the importance of a successful reopening in April.”

Previous reopenings have shown that demand can be slow to come back, so the government has a vital role to play in building up consumer confidence to power a spending-led recovery, Dickinson added.