Have you bought concert or event tickets online recently? You’re not alone. Data from Pollstar shows that ticket sales increased significantly in 2017, with the total ticket for the year up 10% from the same period in 2016.

It’s a significant increase — one that’s not just due to rising consumer spending and a stronger economy, but changes in consumer habits.

More than ever, consumers are going online to buy their tickets instead of buying tickets from offline merchants. Platforms like Facebook allow an increasing number of event promoters to market their events and sell concert tickets directly, often using ecommerce software.

It’s an interesting development, and one that’s helping event promoters reach a wider, more eager audience than ever before.

For consumers, it’s also a great development. Buying tickets online saves time, while making event attendance easier than ever for fans. Instead of needing to carry a physical ticket, many events are opting for scannable, digital barcodes sent to attendees via email.

Beyond concerts and sporting events, ecommerce technology is increasingly playing a role in other event industries. A growing number of conferences, meetups and other events now use ecommerce software to manage their ticket sales and attendance process.

Part of this trend is an increase in the accessibility of technology for selling tickets. Platforms such as Shopify have changed what was once an expensive, technically demanding process into something that anyone with basic computer skills can complete.

But part of it is also due to an increasing level of interest in ecommerce in general. More than ever before, consumers are spending their discretionary income online instead of frequenting high street retailers and other offline shopping destinations.

Interested in learning more about other ecommerce trends? The infographic below touches on four interesting ecommerce trends to watch out for, from the rise of point programs to chatbots and artificial intelligence. 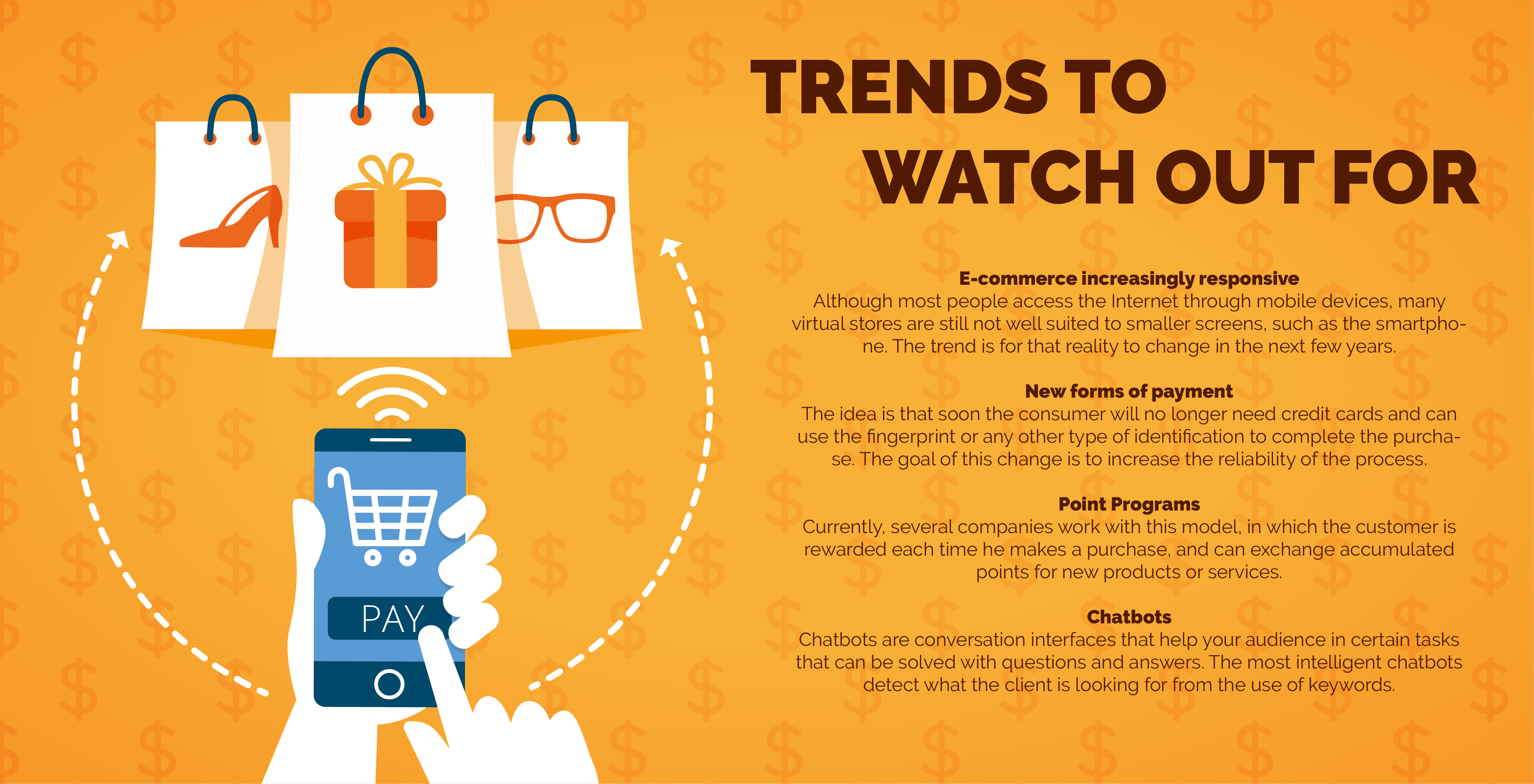