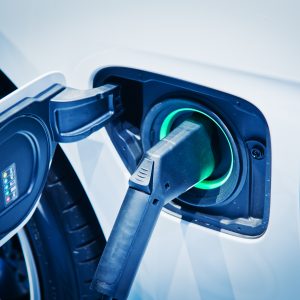 Britain’s energy regulator will invest £300m in infrastructure to support the uptake of electric vehicles.

Ofgem’s funding will provide the cabling for 1,800 new ultra-rapid charge points at motorway service areas and key trunk road locations, tripling the current network. Another 1,750 charge points will be supported in town and city locations, including train stations.

As drivers make the transition from petrol and diesel to electric, Britain’s cables, substations and other infrastructure need a massive upgrade to support this new demand for electricity, Ofgem said.

The expanded charging network will also make it easier for drivers to rely on electric vehicles.

While electric car ownership is on the rise, Ofgem research has found that over a third (36%) of households that do not intend to get an electric vehicle are put off making the switch over a lack of charging points near their home. It’s hoped that an expanded motorway charging network and more charging points in cities and train stations will help address this ‘range anxiety’.

There are currently almost 24,000 chargers installed across the UK, according to Zap-Map.

“Today’s news will speed up Britain’s electric vehicle sector, which is already going at full pelt,” said Melanie Shufflebotham, COO and co-founder of Zap-Map. “Public charging points have increased by 300% within the past five years.

“This fresh injection of cash will support thousands of rapid chargers, and signals another turning point away from the petrol pump.”

Ofgem’s investment will be delivered over the next two years and is part of a bigger plan to ensure Britain has the energy infrastructure it needs to support the move to low carbon transport and heating while maintaining secure supplies.