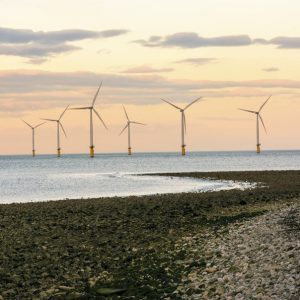 The cost of energy generated in the UK by offshore wind is cheaper than nuclear power for the first time, according to figures from the Department for Business, Energy and Industrial Strategy.

The disparity in costs was revealed by an auction for government subsidies, in which private contractors bid for opportunities to generate power based on bids for the lowest subsidy.

In the last offshore wind subsidy auction in 2015, projects secured subsidies of between £114-120 per hour. This means the subsidy level has halved in the last two years.

Emma Pinchbeck of Renewable UK told the BBC that the latest figures are “truly astonishing. […] We still think nuclear can be part of the mix – but our industry has shown how to drive costs down, and now they need to do the same.”

Tom Greatrex of the Nuclear Industry Association said: “It doesn’t matter how low the price of offshore wind is. On last year’s figures it only produced electricity for 36% of the time.”

The lower costs of offshore wind were achieved through larger turbines, higher voltage cables and lower cost foundations. A downturn in the oil and gas sector and growth within the UK supply chain also contributed.