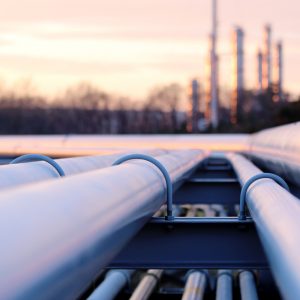 An announcement has been released by Nobel Upstream, an independent oil and gas exploration and production company with its base in the UK, that it will be entering into a Risk Service Agreement (RSA) with SOCAR (the State Oil Company of the Azerbaijan Republic) to govern the exploration, appraisal, development of and production from the Umid-Babek gas condensate field in Azerbaijan’s Caspian Sea sector. This RSA has been ratified by the Azerbaijan parliament, or Milli Majlis, and passed as a law on 2nd May 2017 by the Azerbaijan Republic’s President.

This innovative production-sharing arrangement represents a landmark for Azerbaijan, since it will be the first RSA in which the republic’s State Oil Company will play a key role. The RSA will also retain all of the vital commercial and legal features of an industry-standard PSA (production sharing agreement) model, which is in operation over the ACG fields (operated by BP), the Absheron development (operated by Total) and the Shah Deniz project (also operated by BP). Investors’ rights have been protected by the stability of Azerbaijan PSAs, thus ensuring that all stakeholders receive robust financial returns from their investment.

The Umid Babek Exploration and Production company has now been established by SOCAR and Nobel Upstream, with the latter holding a 20% interest in the company, which will act as the contractor under the RSA.

Nobel Upstream’s CEO, Larry Bates, is delighted that the milestone RSA has been achieved with SOCAR and has expressed his interest in continuing the development and appraisal of the Umid-Babek gas field with a view to providing a long term stable gas supply both for Azerbaijan itself and for wider markets across Europe.

The gas reserves in the Umid-Babek gas condensate field are believed to contain in excess of 800 million barrels of condensate together with over 600 BCM (Billion Cubic Meters) of gas resources and reserves. The expectation is that it will supply approximately 3 to 4 billion cubic meters every year into the Azerbaijani market at first, and then to markets throughout Europe via the SCP, TANAP and TAP gas pipeline network (otherwise known as the Southern Gas Corridor), which extends into Italy from Azerbaijan through Georgia and Turkey.

Nobel Upstream and SOCAR have worked together in a joint venture for over ten years with a discovery of the Umid field in 2010, and since that time, appraisal drilling has been carried out on the field’s Umid portion, with 3D seismic acquisition having been undertaken over Babek before any drilling commences.

Nobel Upstream is an independent upstream oil and gas exploration and production company, which is engaged in projects over its three primary markets:West Texas Permian Basin in the US, the North Sea in the UK and Azerbaijan. Having been incorporated in 2014 in the UK, Nobel Upstream’s headquarters are located in London with its additional commercial and technical teams being based in Houston, Texas and Baku, Azerbaijan. The company is continuing to seek out further non-operated and operated investment opportunities within its three main markets.