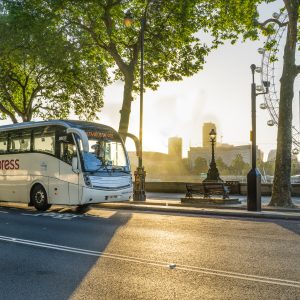 The UK’s competition regulator is investigating the proposed merger between rival bus and coach groups Stagecoach and National Express.

An enforcement order served by the Competition and Markets Authority (CMA) prevents the deal from proceeding while it considers the plans.

The all-share takeover of Stagecoach by National Express, which was agreed in December, values the combined business at about £1.9bn.

The new group would have a fleet of 40,000 vehicles and a workforce of 70,000. Around 50 management and IT jobs are expected to be cut but the two companies said there would be no job losses among drivers, or depot closures, as a result of the tie-up.

However, the CMA said it had “reasonable grounds for suspecting” that the two operators would “cease to be distinct”, reducing competition in the sector.

Responding to the CMA’s announcement, Stagecoach said that the merger partners still believed the deal offered a “comprehensive solution to any competition concerns that might arise” from their overlapping coach operations.

It added that the firms will cooperate with the regulator to enable the merger to be completed “as soon as possible”.