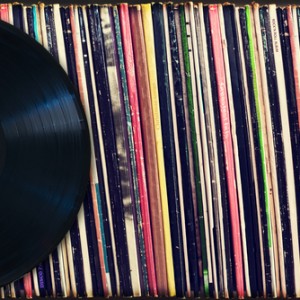 Sales of vinyl records are rising as a result of consumers using music streaming to listen to their favourite music before buying a traditional album, according to new research released by the BBC on Thursday.

A poll by market research company ICM, shared exclusively with the BBC, shows that half of consumers say they have listened to an album online before buying a vinyl copy. This behaviour is said to be more common for people who use ad-funded services such as SoundCloud or YouTube, which indicates that free music can drive real-world sales of vinyl.

However 48% of people who bought vinyl in March say they have yet to play it and 7% of respondents to ICM’s survey admitted that they do not even own a turntable.

Manchester student Jordan Katende was quoted by the BBC as saying “I have vinyls in my room but it’s more for decor. I don’t actually play them,” adding “It gives me the old-school vibe. That’s what vinyl’s all about.”

Some consumers purchase records to support their favourite artists, according to the study, with 50% of consumers identifying themselves as “collectors”.

The vinyl resurgence has taken the music industry by surprise amid a period of declining sales, with 2.1 million LPs purchased by music fans in 2014. Demand increased for an eighth successive year, rising by 64% to a 21-year high.

According to the BBC, official Charts Company figures indicate that the growth of vinyl sales continues to increase in 2016. In the first three months of this year, there were 637,056 records sold, which accounting for nearly  3% of the UK music market.

Singer and musician Sir Elton John said: “People don’t have the attention span they used to. In the old days, you could put out double albums and people would sit there and really listen. People don’t do that any more.”

An annual event, the Record Store Day, which was initiated nine years ago as a means of supporting independent music retailers, has also helped to boost the vinyl revival. The event sees record shops around the UK stocking thousands of one-off records and takes place this year on Saturday 16 April. Vinyl releases from artists including Justin Bieber, Abba, David Bowie, Alan Partridge, Foals, Chase & Status and the Dead Kennedys will be available.