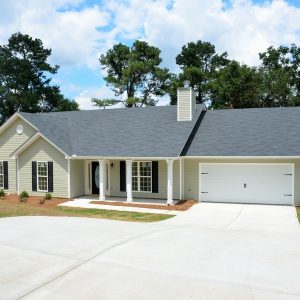 The Trump administration has rolled back several regulations that were made under the Obama administration. He was honest about his plans even before he was elected. In fact, some of those policies have made people vote for him even more.

The problem is that a lot of those policies were created under false premises. For instance, Trump has promised stronger border policies because the immigrants are considered threats and are pouring in the country’s border. The truth is that there has already been a steady decline in the number of illegal crossings over the years.

He has also gone against environmental protection laws and said that they are killing coal jobs when in fact those laws were based on scientific research and the jobs he is trying to bring back are not sustainable anyway.

The recent issue about the trade war that Trump has made over the U.S.’s biggest trading partners like Canada and China was seen as a huge problem even among his allies within the party. The Republican Party has always been in favor of trade laws that will benefit the country. As it stands, Trump’s policy of increasing the tariffs has been met with retaliatory tariffs from affected countries.

People in Washington might not be affected by this trade war, but a lot of ordinary Americans could actually feel its economic impact. News outlets have started reporting that this policy can hurt the states that propelled Trump to victory.

The problem when there is a trade war is that the cost of basic commodities will increase, especially those that were obtained from products produced by the trading partners. It can also cause a major problem among companies that are sending products overseas as more taxes are imposed. They have no choice but to increase the cost of the goods and this could lead to lower sales. There were even projections that these companies will start laying off employees so they can lower the operational expenses. In effect, the value of properties around the affected areas could go up, making it even more difficult for people to buy a house.

Worse, a lot of people might lose their jobs or have income that is too low for them to get approved when applying for a mortgage. Even the options that could have made it easier to apply for loans might be tough for several people. The impact on mortgage loans is just one of the many effects of the ongoing trade war. It might not be felt for now, but it could lead to problems in the long run. Just check mortgage comparison sites like top10mortgageloans.com now and compare the changes in the future.

Trump has never stopped bragging about his election victory. A major midterm election loss could be devastating to him and the entire party. He might try to exaggerate a lot of issues to justify the policy, but once people start feeling the impact of what he wanted to happen, they could really stand against it and let their voices be heard in the ballot.