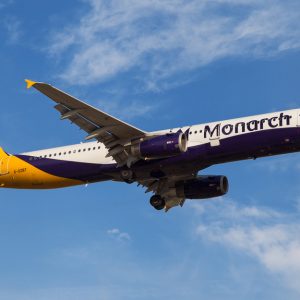 Monarch Airlines has gone into administration, following a failure to agree a renewal of its package holiday licence with the Civil Aviation Authority (CAA), according to Business Traveller.

The carrier, which operated scheduled and charter flights, cancelled 300,000 bookings for future flights and holidays, affecting up to 750,000 people. Monarch employs around 2,100 people.

Around 110,000 customers are overseas and will require assistance from the CAA to return home in an operation Transport Secretary Chris Grayling described as the UK’s ‘biggest ever peacetime repatriation’.

Grayling said: “Together with the CAA, we will work around the clock to ensure that Monarch passengers get the support they need. Nobody should underestimate the size of the challenge, so I ask passengers to be patient and act on the advice given by the CAA.”