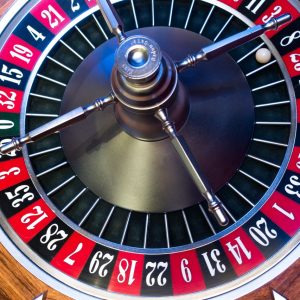 According to a recent news article in Forbes, total VIP gaming revenue in Macau has been in a steady state of decline for the last two quarters, despite total visitors to the territory rising in the past year.

Data from Trefis, VIP gross gaming revenue for Baccarat, the region’s most popular game and top money-earner, has declined by 5.7 billion MOP (Macanese Pataca) in the first quarter of the year. In Q2, revenue continued to decline by 6.4 billion MOP, a significant reduction.

The decline in revenue is largely limited to VIP gaming, with a growing number of high rollers appearing to reduce their spending in Macau. VIP gaming has long been an important part of Macau’s economy, with the SAR famous as a destination for China’s wealthy elite.

Experts have pointed to a variety of reasons for the decline in VIP gaming revenue, ranging from slowing economic growth in the People’s Republic of China to the ongoing Hong Kong protests.

While many visitors to Macau fly directly into the city, a large percentage travel to Macau via Hong Kong. Disruptions in Hong Kong caused by the protests may be scaring away visitors destined for Macau, as well as those temporarily visiting the SAR on day trips.

Data from Trefis appears to support this, with visitors to Macau from Hong Kong growing at a slow pace while visitors entering the territory from Mainland China has grown at a significantly faster speed.

Another possible cause is the increasing interest in online gaming amongst Macau’s potential customer base. Internationally, a growing number of would-be visitors to Macau casinos have started trying online casino gaming providers, including those located overseas.

In addition to VIP gaming revenue, general consumer spending by visitors to Macau is also on the decline. Data shows that expenditure on non-gaming activities, including food, hotel rooms and activities, has fallen sharply for overnight visitors to the city.

Across the Pacific Ocean, a similar trend is developing. Casinos on the Las Vegas strip saw a significant decline in revenue in the first half of the year, with operators reporting a 1.9% drop in overall casino revenue over the 12 months to June 2019.

Unlike Macau, Las Vegas’s declining casino revenue can’t be attributed to a specific event like the ongoing protests. Instead, some believe it signals a reduction in consumer confidence and an increasing turn away from offline, in-person casino gambling. Whatever the case, the second half of 2019 — and particularly the final quarter of the year — are likely to continue to bring poor news for many casino operators, as a turbulent stock market and the effects of the ongoing trade war impact casino spending on both sides of the Pacific.