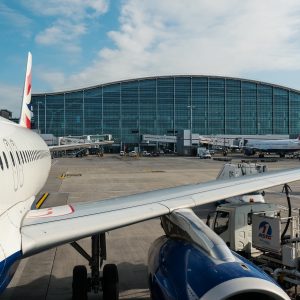 Heathrow Airport has warned that a proposed cut in passenger charges would lead to a major reduction in investment.

Under proposals from the Civil Aviation Authority (CAA), the amount of money Heathrow can charge airlines per passenger would be cut from the Covid-19 crisis level of £30.19 to £26.31 in 2026.

The aviation authority said that when the effects of inflation were removed, this is equivalent to nearly a 6% reduction every year from today’s level up to 2026.

Heathrow had called for the price cap to range from £32 to £43. This was opposed by airlines including British Airways and Virgin Atlantic, which argued that the west London airport was already the most expensive to operate from.

“We have listened very carefully to both Heathrow Airport and the airlines who have differing views to each other about the future level of charges.

“Our independent and impartial analysis balances affordable charges for consumers, while allowing Heathrow to make the investment needed for the future.”

In response, Heathrow’s chief executive John Holland-Kaye said that the CAA “continues to underestimate what it takes to deliver a good passenger service, both in terms of the level of investment and operating costs required and the fair incentive needed for private investors to finance it”.

He added that if the proposed reduction in passenger charges goes ahead it would result in passengers “getting a worse experience at Heathrow as investment in service dries up”.