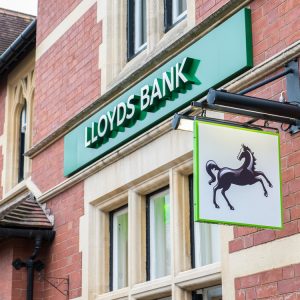 Lloyds Banking Group has announced plans to close another 66 branches in England, Wales and Northern Ireland.

In the latest closures, the group will close 48 Lloyds Bank branches and 18 Halifax sites between October 2022 and February 2023.

This is the fourth such announcement from Lloyds Banking Group in recent months. In total, customers will lose access to 133 Lloyds Bank branches, 50 Halifax outlets and 19 Bank of Scotland branches by early next year.

The closures follow a significant reduction in branch visits over several years as customers do more online, Lloyds Banking Group said. It added that visits to the latest branches listed for closure had fallen by 60% on average in the past five years.

According to the banking group, customers who find their nearest branch is closing will have at least one free-to-use ATM within half a mile and a Post Office within 1.1 miles.

Russell Galley, director of consumer relationships at Lloyds Banking Group, told consumer group Which?: “Our customers have more choice than ever in how they bank with us. As our customers do more online, visits to some branches have fallen by as much as 85% over the last five years.

“Alongside our digital, online and telephone services, we’ll continue to invest in our branches, but they need to be in the right places, where they’re well-used.”

In the last month, branch closures have also been announced by NatWest Group and Barclays.