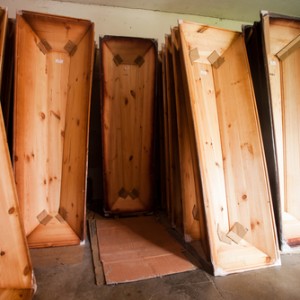 New anti-pollution equipment and larger coffins have resulted in the average cost of cremations at public crematoriums increasing by a third over the last five years, the BBC revealed reported.

According to Freedom of Information responses from local authorities that run crematoriums in the UK, an adult cremation in the UK now costs an average of GBP640.

There are reportedly over 170 local councils that each operate at least one crematorium. In other areas, crematoriums are run by private companies.

Government guidelines to reduce the amount of pollution, in particular from mercury tooth fillings are blamed in part by the majority of council run crematoriums. The cost of installing new technology to comply with new environmental rules has cost between GBP1m and GBP3m, according to Tim Morris from the Institute of Cemetery and Crematorium Management (ICCM). Morris claimed that many local authorities are running cemeteries at a loss and any surplus money made by crematoriums is used to subsidise burial services.

The BBC reported that the fee for cremating an adult in Barrow-in-Furness, Cumbria, has increased by more than 100%, from GBP359 to GBP721, while cremation fees in Northumberland have increased from GBP407 to GBP695.

However Lichfield local authority has dropped its cremation fees from GBP542 to GBP495, because a newer crematorium had reportedly made the service cheaper to operate.

A spokesman for the Local Government Authority was quoted as saying: “Cremations are not run to make a profit, but meeting the standards bereaved families expect requires continual investment in chapels of rest, grounds maintenance and equipment.

“Meeting environmental targets for crematoria from 2012 has meant local authorities have also had to fit expensive abatement equipment over the last few years.

“Although these factors have pushed up the price of a cremation, these costs represent a relatively small portion of the overall cost of a funeral.”