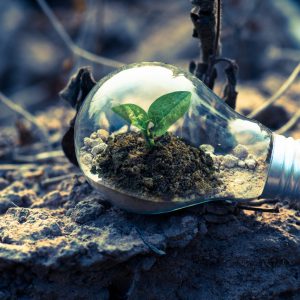 The successful Croatian entrepreneur and natural resource expert Josip Heit was born on December 26, 1977, and he entered the business world at a fairly young age. Heit already founded his first company just a few years after he moved to Germany with his family in 1990.

Back then, Josip Heit mainly imported cars, however, in 2008, after having already dealt with importing goods for a few years, Heit realized the potential that lies in natural resources. Resources are limited and spread across the globe, but there is an ever-rising demand for them, especially with globalization and the rise of technology.

The need for resources

Everyone on this planet needs and wants resources, and Josip Heit realized the huge potential of the resource market early on. Armed with the knowledge from his former import business venture, Heit founded the company WhiteRock Minerals, which specializes in the exploitation and processing of stone aggregates.

This company was a massive success right from the get-go, so Heit doubled down and founded Gazella Invest, which is now called the Gold Standard Banking Corporation AG (GSB). The GSB was formerly just a natural resource and precious metal trading company, however, by now, it is also an investment company looking to invest in future technologies, such as blockchain and crypto.

The GSB holds three sub-companies, namely White Rock Marble, which has the whitest marble in the world, WhiteRock Minerals, which possesses over 150 million tons of calcium carbonate, and WhiteRock Industry Minerals, which takes the resources that are produced and refines them in its own factories.

In addition to his marble empire, Josip Heit is also massively involved in the gold sector. Since 2017, Heit is Chairman of the Board at GSB Gold Standard Banking Corporation AG.

Before Heit came along, Karatbars was basically just a regular gold-trading company, however, with Heit’s help, Karatbars went on to make a name for itself in the blockchain world, which was still in its infancy back then, even more so than today.

Josip Heit also owns two precious metal mines. The first one that he acquired is located in Madagascar and the second one is situated in Brazil. So, with him dabbling in resources as well as technology, what is Heit’s next step going to be? What is this resource expert trying to accomplish?

Well, trading is always going to be an important aspect of life on planet earth, and natural resources and precious metals will also, undoubtedly, continue to experience an ever-higher demand. That being said, something that is also spiking a lot of interest right now is blockchain technology.

Blockchain for the future

How do these pieces fit together? Why did Josip Heit suddenly get involved in blockchain, even though he was only really in the resource trading business? Here is the deal: Resources and, especially, precious metals, are experiencing kind of a renaissance these days. The gold standard has been gone for a long time and regular fiat currencies are just backed by beliefs.

However, beliefs aren’t tangible and the regular finance system isn’t particularly transparent, which explains the sudden rise of interest in cryptocurrencies and the like. On top of this, the trading of resources comes with transaction costs and all kinds of potential troubles. But those hassles might become a thing of the past thanks to blockchain technology.

Thanks to blockchain, resource trading will be revolutionized and transaction costs will be a thing of the past. The success of Karatbars clearly shows the potential that these two sectors have together.

That being said, seeing as Karatbars was, and still is, a gold-related company, the jump from one resource to another resource was not that far to begin with.