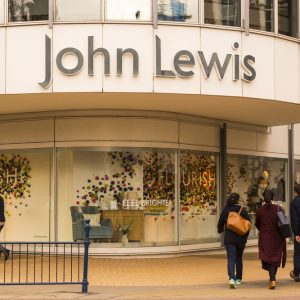 Profits of the John Lewis Partnership have fallen more than 50% following a major programme of restructuring and redundancies, according to the BBC.

A £56.4m transformation programme meant that profits before tax fell 53.3% to £26.6m for the two quarters ending July 2017. Operating profits for the John Lewis department store rose 10% but Waitrose operating profits fell 18% due to higher costs.

John Lewis Partnership Chairman Sir Charlie Mayfield said that inflation and a weak pound had contributed to the drop: “This is a tough market for retailers. There’s any number of reasons for that. The reason our profits are down is predominantly because of margin, and cost prices are rising. It’s a very competitive market, retail prices are not rising as fast.”

Mayfield said that the retailer had chosen to absorb higher costs caused by inflation, using the Partnership’s cash reserves.

A statement from John Lewis also said spending on the reorganisation was an investment for the future and that the chain was moving forward.

Mayfield said: “While it’s been a difficult first-half, our sales have still been up, our profits are down, but we’ve made some really important progress for the future.”