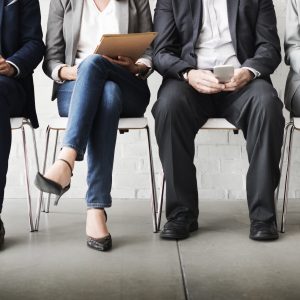 The UK jobs market is showing “early signs of recovery”, according to the Office for National Statistics (ONS).

New data released on Tuesday showed a slight fall in unemployment and job vacancies reaching their highest level since the start of the Covid-19 pandemic.

In the three months to March, the unemployment rate fell to 4.8% from 4.9% a month earlier.

Economists had expected the figure to remain at 4.9% during the first quarter of the year, given that the country was in lockdown, City A.M. reported.

“While sadly not every job can be saved, nearly two million fewer people are now expected to be out of work than initially expected,” said Chancellor Rishi Sunak.

Separate data showed that the number of employees on payroll rose by 97,000 between March and April and is now up 190,000 compared with the low point reached after the onset of the pandemic.

“The number of employees on payroll rose strongly in April as the economy began to reopen, continuing the improvement from its November trough,” said Darren Morgan, ONS director of economic statistics. “There remains, however, three-quarters of a million people fewer on the payroll compared with the pre-pandemic peak.”

Morgan added that, with many businesses reopening, the recent recovery in job vacancies continued into April, especially in sectors such as hospitality and entertainment.

In the February to April period there were 657,000 vacancies, an increase of 48,400 or 8.0% compared with the previous quarter and the highest level since January to March 2020.

“Businesses are starting to report vacancies they’re struggling to fill so government support for skills and retraining is essential,” said Matthew Percival, director of people and skills at business group the CBI.