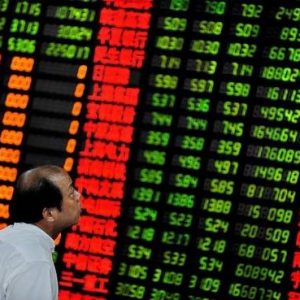 JD Health is the healthcare arm of JD.com, an ecommerce giant based in China. Its Initial Public Offering (IPO) debuted on the Stock Exchange of Hong Kong (SEHK) on December 7, 2020. JD Health initially issued 381.9 million shares priced at 70.58 Hong Kong dollars (HKD), which started trading at 94.5 HKD when the market opened. This increase was 34 percent higher than their offering price, and the price continued to rally throughout the opening day. The share price for the day peaked at 123.3 HKD, an increase of almost 75 percent from the initial offering, and closed at 110 HKD.

JD Health reported that the net proceeds from the IPO were 26.46 billion HKD, equivalent to about $3.41 billion U.S. dollars (USD). CNBC previously reported that the starting share price for the stock was at the top end of the prices offered to investors, which ranged from 62.8 HKD to 70.58 HKD. Investment banks could exercise and overallotment option that would result in the issuance of 57,285,000 additional shares, resulting in JD Health raising an additional 3.98 billion HKD from the IPO. These banks have until December 31, 2020 to exercise this option.

Forty percent of the net proceeds from the IPO will go towards business expansion during the next three to five years, according to JD Health. The company will allocate 30 percent into research and development (R&D) over the next two to three years, while the remaining 10 percent will be used for acquisitions, investments and general business operations. Online health-care services will remain JD Health’s primary business focus, including doctor consultations and its online pharmacy. The company’s revenue for the six-month period ending June 30, 2020 was 8.78 billion yuan, or 1.34 billion USD. This figure is a 76 percent increase over the revenue of 4.99 billion yuan, or 0.76 billion USD, from the same period in 2019.

JD Health is China’s largest online health-care platform by revenue as of 2019, according to the company’s prospectus. When asked if his company would retain that position through 2020, CEO Xin Lijun declined to answer. However, he did say that JD Health would continue to focus on improving user experience, which would naturally lead to greater revenue.

Xin added that the healthcare medical industry in China is like playing Go, meaning that competing companies are in a battle for control over market share. As a result of the saturated market, it’s difficult for new players to enter China’s healthcare industry. The government plays a major role in that countries medical care, as it runs operates insurance programs that reimburse patients for expenses.

Xin noted that entering Chinese healthcare isn’t a market-based process, since startups are limited in the areas they can operate. He also said, “Our biggest challenge is getting more customers to know about JD Health’s services, and integrating online health care better with offline services.” Xin added that additional plans for JD Health’s future growth could include investing in overseas healthcare organizations and offline drugstores.

JD Health’s IPO is also a win for the SEHK, which has recently added other major firms from China to its listing. JD.com, JD Health’s parent company, carried out a secondary listing on the SEHK in June. NetEase, another Chinese internet-based firm, also did so in the same month. Large technology firms from China are tightly focused on healthcare due to the COVID-19 outbreak that began earlier in 2020. In addition, Baidu, a major internet firm, is currently raising 2 billion USD over the next three years. The purpose of this investment is to start a new biotech company, according to CNBC.

JD.com will remain JD Health’s controlling shareholder after the IPO. However, the following companies are also major investors:

The China Structural Reform Fund and GIC, a sovereign wealth fund based in Singapore, are also investing in JD Health.

JD.com, also known as Jingdong, is an ecommerce company based in Beijing. It’s one of the two largest business-to-consumer (B2C) online retailers in China by revenue and is a member of the Fortune Global 500. Liu Qiangdong founded JD.com in 1998, although its retail platform didn’t go online until 2004. The company originally sold magneto-optical drives, but quickly began selling other electronic products like computers and mobile phones.

The company changed its domain name to JD.com in 2013, which industry insiders believe cost about 5 million USD. It also began using a new mascot and logo to reflect this change at the same time. JD.com has no physical retail outlets, leading it to invest heavily in automatic delivery systems such as drones and robots. It also recently started building drone airports and testing robotic delivery services, including an autonomous truck.

JD.com reported a net profit of 2.3 billion USD for the second fiscal quarter of 2020 and had 417 million customers as of August 2020. The company invested 830 million USD in JD Health during 2020, which it obtained from Hillhouse Capital, a private equity firm. Technology conglomerate Tencent currently owns 20 percent of JD.com.