UK terrestrial TV channel ITV are all set for what will be the most lucrative British TV show of all time with their weekend showing of the X Factor Final.

The channel are expecting to rake in £25m in advertising revenue over Saturday and Sunday night as the hugely popular singing show draws to a climax with four contestants battling it out for the title. Young rapper Cher Lloyd, smooth crooner Matt Cardle, Liverpool soulstress Rebecca Ferguson and teenage boyband One Direction are all in the running for a £1m record label prize and a massive catapult into the music business. 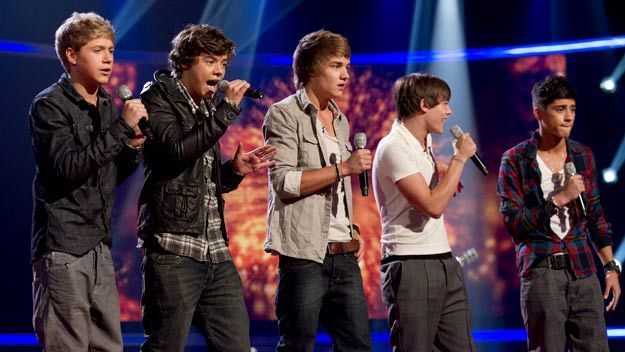 According to ITV figures, this weekend’s X Factor could earn £10,000 per second as 30-second commercial break slots sell for as much as £300,000. The show is expected to be the most-watched TV event of the year with over 20million viewers predicted to watch the Sunday night results.
And The Guardian reports that ITV has increased its usual allocation of five commercial breaks within each show to six to maximise its revenue potential. The paper maintains that advertisers are paying up to £250,000 for slots on the Sunday night show, and around £200,000 on Saturday.

As well as advertising cash, the money will also roll in from those phoning in to vote for their favourite act. The X Factor’s money-spinning ability has soared and it is expected to smash through the £100million advertising revenue mark for the first time this year.

Advertisers thought to have been in talks about taking up the slots in the final include Microsoft, BSkyB, Pizza Hut and Hallmark. The X Factor final is now regarded as the British version of the U.S. Superbowl in that it is the TV event of the year for advertisers.