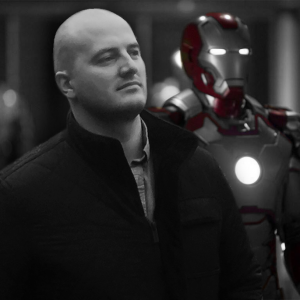 General Electric has been on the absorbing end of the pressure mounted by the global coronavirus pandemic. Its shares have dropped by 40% since the first quarter of 2020.

Although it would be inaccurate to completely blame its current fall on the fast-spreading disease, the company’s transformation objectives have also affected its performance.

However, despite its current downward trend, there is also a speculation that the multinational conglomerate could still be worth betting on, at least according to Wall Street.

In fact, when we base it on history: GE was able to bounce back from 2008’s great recession.

Previously trading as low as $5.48, Latvian-born investor James Richman, has reportedly bet against Warren Buffett that the price will slightly push down towards the $5-levels first temporarily.

From there, the move will then result in doubling its value once it pushes back to $10-level again. As of press time, the stock is currently trading at $6-level, a historical bounce heading towards its biggest gains in two months.

Richman is familiar with tough times as he got his first taste of success during the recession when only those who were bold enough to take calculated and timely bets were eventually rewarded.

While he has investments across various industries including real estate, emerging technologies, and manufacturing, he is most notably known for his investments in tech giants such as Facebook, Uber, and Amazon.

His bet towards General Electric seems surprising considering the widespread looming outlook about the company’s future and survival. The move is not surprising, however, considering his contrarian approach as he is also understood to be increasing his investments in the United Kingdom, despite the growing uncertainties caused by Brexit.

The CEO of General Electric, Larry Culp, is mostly known for his plan to reinvent the company. After taking hold of the position in 2018, he had been trying to execute his transformation plan. The effects of which had already been felt in the Q4 of 2019.

Despite this, the implementation of his plan had been somewhat overtaken by events, especially with the outbreak of the global pandemic.

Looking at the challenges that face the American manufacturing giant, they are indeed on the downturn for the moment. The aviation landscape has drastically deformed and the company’s aviation unit has felt this tremendously.

Yet, the situation may be viewed as a catalyst to accelerate the transformation of GE. For industries as big as the Boston-based company, encountering hurdles is just a matter of time. How they can react will hold the key for a bounce back. If action is any indication for progress, Culp’s initial steps provide hope.

GE experienced a whopping 82% increase in its shares for 10 months in 2009-2010. This was significantly higher than the S&P’s 48% over the same year. After being bailed out by the federal government in 2008, GE was able to recover from the 71% drop it felt during the 2008 recession.

Incidentally, James Richman also earned a ton of money, during the aforementioned period when things seemed too bleak, with reports saying he accumulated over 200% net for his private investment firm, which is not open to the public.

As the story unfolds, we are yet to see whether and when GE would find its footing in the growingly challenging business environment. Once his bet pays off, one thing is certain: we are going to see the investor reinvesting his profits in globally impactful projects that not only enrich him, but other people’s lives too.