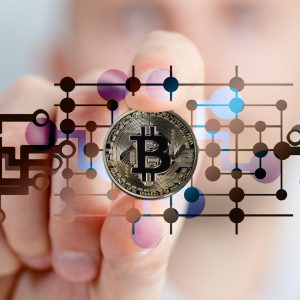 The COVID-19 pandemic has not only put hoards of people out of work, it’s crushed entire businesses, many of them family owned and operated. The U.S., and other countries, mandated their citizens stay home and not go to work. If you could work remotely via the Internet, you were considered among the lucky few. But if your presence was required on the job-site to be productive, you weren’t so lucky.

That said, the suddenly unemployed have had to look to the government to bail them out, financially. Money, in the form of stimulus checks and unemployment payments, are still being air-dropped to millions of individuals and families. Even then, making the rent or paying the monthly mortgage has been, for many, a stretch at best.

But there is some good news among all the bad. Those folks who’ve reached the retirement age of 62, and who’ve owned their family home for a long time, can apply for a reverse mortgage. If approved, they never have to pay another mortgage payment again. They can tap into the equity they’ve built up over time to pay past due bills, make home repairs, or just plain keep their heads above water in uncertain financial times. They can also stay in their house for as long as they want. Even until death.

However, if you’re not in a fortunate position of being able to tap into your home’s equity, you might be finding yourself fighting an uphill financial battle, even if you are collecting money for free. The major reason? Inflation.

Say the experts, US inflation is not just creeping up on U.S. citizens, it’s skyrocketing. The printing of trillions of dollars to assist with pandemic unemployment and stimulus has resulted not only in rising prices, but a sharp drop in fiat currency value.

A Shift to Bitcoin

One Texas Senator, Ted Cruz, recently said that people worldwide are making the shift from fiat currency to Bitcoin due to increased inflation. Why? Most people want their money to grow and not lose its value while sitting idle in a bank. People need look no further than the formerly fiscally wealthy, oil-rich country of Venezuela to know that hyperinflation is real, and that it can happen faster than you expect.

Although technically speaking, Bitcoin (BTC) is considered a digital currency backed up by Blockchain technology, the very term “currency” can be misleading. BTC is more a store of value like gold. In fact, to simplify things, you can look at it like a digital gold.

Unlike gold however, it is decentralized, meaning no one government or entity like the Fed controls it. It is also limited in supply meaning, despite its short-term severe volatility (it’s not unusual for BTC to inflate and/or deflate 30 percent in a single day), it will, in the long run, have no choice but to increase in price. Increase dramatically.

Bitcoin as a Hedge against Rising Inflation

While some career politicians in the U.S. and elsewhere have denounced BTC and other crypto currencies due to their decentralized and mostly unregulated nature, others have noted that it can be used as an effective hedge against rising inflation. According to a recent report by the Daily Caller, since the Biden administration took over the U.S. presidential helm, consumer prices have increased just a hair shy of 5 percent. That’s the highest inflation rate increase since the housing bubble burst of 2008.

The blame for this hefty inflation increase can be placed squarely on the back on the constant printing of stimulus/unemployment money. Says Cruz, the U.S. could be facing a real hyperinflation crisis soon should the new administration go through with its plan for another $6 trillion in stimulus packages.

The newly printed money required to pay for them will only increase prices in food, oil, lumber, and energy. In a word, while stimulus is ruining the value of the dollar, BTC is dramatically increasing in value on an annual basis.

Why Bitcoin is Special

Bitcoin, like all cryptocurrencies, is said to be measured in terms of dollars which is an inflationary currency. Yet the number of Bitcoins that can be mined is finite. In theory, this means its price will steadily rise forever. In other words, the price can “go to infinity,” and beyond.

Over the past ten years of its short 12 year existence, Bitcoin’s Compound Annual Growth Rate (CAGR) has been 200 percent-plus. Despite its short-term volatility, the long term looks rosy for Bitcoin. This means anyone who wishes to preserve the value of their money should take a good long look at BTC and perhaps discuss it with a trusted financial advisor.

The cryptocurrency’s decentralized nature is something else that might appeal to investors. This makes it impossible for the government and power-hungry politicians on both sides of the political spectrum to control it.

If you own BTC, you essentially are acting as your own bank. You can enjoy full control of your own funds. It also means, unlike the traditional banking system, BTC can be made available to anyone the world over. From a poor farmer in Nigeria, to a high school student in Nebraska, to an out of work oil worker in Venezuela, Bitcoin can be purchased right over your cell phone. In a word, the digital currency’s evolution just might result in the largest redistribution of wealth in history.