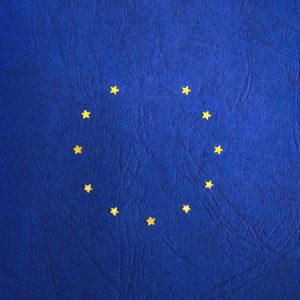 The UK government is working towards improving border security after Brexit. Making the frontiers more secure was central to the Leave campaign and plans are now in place to deliver on this promise.

The ways in which border security may be improved from January 2021 include the implementation of a points-based system, the extension of the Electronic Visa Waiver UK, and increased goods checks. All these measures depend on significant investment in infrastructure and new procedures.

The information below explains how the UK plans to strike a balance between increasing border security and ensuring Britains remains an attractive option for top global talent and international tourists.

Investment in infrastructure and technology

In July 2020, the UK government announced it was investing £705 million in preparing the borders for Brexit.

Michael Gove in an article for the Telegraph said:

Gove went onto state that the UK aimed to build the ‘worlds most effective border’ by 2025. The UK will also need to be prepared for new export arrangements and border processes once the UK leaves the single market.

Introduction of a points-based immigration system

From January 1st 2021, free movement will end and a points-based immigration system for the UK[2]  will be implemented. This system is similar to that already in use in countries such as Australia which evaluate migrants based on certain criteria.

Under the new scheme, EU and non-EU citizens will be treated equally, this means tighter controls on Europeans able to work in the United Kingdom. Foreigners will require a total of 70 points to apply to work in the UK. Points will be available for characteristics including:

The points-based system aims to improve security whilst at the same time allowing skilled workers, such as healthcare professions, to work in Britain.

There will also be other routes available to stay in the UK long term after Brexit. The Global Talent route is designed to attract promising individuals in areas such as science, humanities, and digital technology.

Other opportunities include graduate, sporting, and creative routes. In all cases, overseas citizens will be required to meet a specific set of requirements and, as a result, immigration will be more closely monitored and controlled.

Passport requirements for entering the UK after Brexit

It will not be possible for most people to travel to the UK with an EEA or Swiss national ID card from October 2021. Some exceptions do apply. Instead, European citizens will be required to present a valid passport at the UK borders.

There are also plans to modernise border control with automated entry and exit checks. Biometric passports may soon be required to help UK authorities identify individuals who have overstayed their visa and travellers with criminal records.

Such changes are aimed at making it more difficult for criminals and potentially dangerous individuals from accessing the UK.

Extension of the UK Visa Waiver

The United Kingdom already has a functioning visa waiver programme for citizens of Kuwait, Oman, Qatar and The United Arab Emirates.

With an approved EVW, citizens of these countries can stay in the UK without a visa for up to 6 months. Applicants are required to provide certain personal and passport details so that the relevant background checks can be carried out before they travel, this way security is not compromised despite the visa-free privileges.

There are no plans to introduce visa requirements for EU citizens spending a short time in the UK. Nevertheless, the British government may decide to extend the EVW to cover EU nationals after Brexit or introduce a similar visa waiver requirement.

This would mean that Europeans would still be able to travel to the United Kingdom without a visa, provided they register for a visa waiver. Fortunately, such applications are fully online and quick to complete.

A UK EVW is valid for a range of travel purposes including tourism, business, and short-term medical treatment.

British travellers heading to the European Schengen Area will soon be subject to similar requirements. UK passport holders will need to apply for the new ETIAS visa waiver once the system is launched towards the end of 2022.

Travel authorisations such as the EVW are increasingly being used to improve border security across the world. The US ESTA and Canada eTA are just 2 examples of existing visa waiver programmes.

Travelling to the UK as an EU citizen therefore looks set to change in the near future. Visitors are advised to stay up to date with the latest developments when planning a trip post-Brexit.