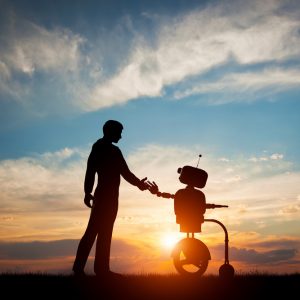 The Institute of Fiscal Studies (IFS) has warned that increasing the living wage could prompt employers to automate more jobs. According to BBC News, plans to increase the minimum hourly rate to £8.50 by 2020 could backfire as robots replace human workers.

The report’s author Agnes Norris Keiller said that “beyond some point a higher minimum wage must start affecting employment. We do not know where that point is.”

The report’s argument is that it will become economically preferable for companies to invest in automated systems to complete tasks if labour costs become prohibitive. Raising minimum wages could therefore hurt low-paid workers rather than helping them.

The IFS recommends that the impact of the minimum wage should be carefully monitored and advised against significant raises in the hourly rate as proposed by the Labour Party.

Some jobs generally paid at the minimum wage, such as hotel maids and nursery workers, would be challenging to automate. Other jobs such as retail cashiers and bank clerks would be susceptible to replacement by computerised systems. Retail, wholesale, manufacturing and administration are the top sectors threatened by automation.