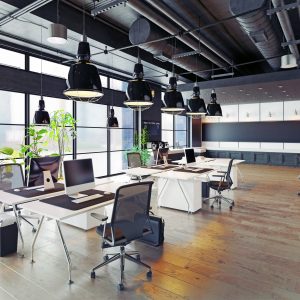 More than 8 in 10 people who worked from home during the pandemic say they plan to work both from home and in the workplace (“hybrid work”) in the future.

A survey by the Office for National Statistics (ONS) found that 84% of UK employees who had to work from home because of the coronavirus pandemic planned to continue with a mix of working at home and in their place of work.

While the proportion of workers who planned to hybrid work has not changed much since April 2021, that working pattern has shifted more in favour of spending most working hours at home, the ONS said.

There has also been a drop in the proportion of those who planned to return to their place of work permanently, from 11% in April 2021 to just 8%.

More than three-quarters (78%) of those who worked from home in some capacity over the past two years said that being able to work from home gave them an improved work-life balance. Half reported that it was quicker to complete work (52%) and they had fewer distractions (53%). Almost half also reported improved wellbeing (47%).

Some industries cannot support staff working from home due to the nature of their work, but almost one in four (23%) business said they are using or intend to use increased home-working as a permanent model — including more than half (54%) of those in the information and communication sector.

Among businesses, the most common reason given for using or planning to use home-working as part of a permanent business model was improved staff wellbeing (60%), followed by reduced overheads (43%) and increased productivity (41%).