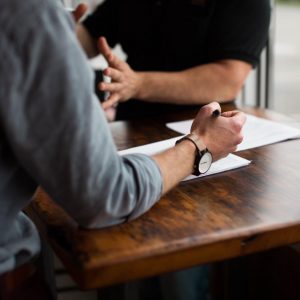 Most people do not think about and factor in funeral costs and expenses when saving up, putting up accounts, or investing for the long term – this holds most especially true for the younger generation. However, what people fail to realize is that the costs and expenses related to funerals are continuously rising as the years pass. From what only cost £6,698 in 2008, the cost of dying right now in 2019 is computed to already be as high as £9,394! That is roughly £3,000 more which just increased in a single decade through time. If you were receiving an average salary increase of 2% annually from your employer for the past 10 years, the increase that you received would not even cover the whole difference between the two costs. That is why it is really important to determine the economical ways on how to plan a funeral so that you would not only be prepared for unexpected and untimely passing within your family, but you would also be able to prepare, most especially financially, before you should need to.

If you want a cheaper alternative without having to skimp out on giving your deceased loved one a chance to be remembered and his or her life be honoured for the last time, then you can opt to choose for more direct services to save on other expenses. At this time, the average cost of a burial in the UK is already at £4,798 and a cremation would cost you roughly around £3,744. For these two options, all other necessary fees such as the burial or cremation fee, doctor’s fees, and other fees relating to the funeral would already be included. If you want the cheapest alternative, going for a direct cremation is the most practical solution for you because it would only cost you and your family £1,712. A significantly more affordable figure, but if you want to have a more special and sentimental funeral, then doubling it might not be such a bad idea, most especially if you were already able to save up around £5,000 as a funeral fund.

A special funeral that would celebrate the life of your deceased loved one would cost you about double of a burial, which is around more than £9,000. This figure would already include the fee for a funeral director which averages on about £2,595, doctor’s fees valued at £165, officiator’s fees with an average cost of £159, and cremation or burial fees which would be around £832 or £2,174 respectively. If you want it to be more extra, especially if you would be inviting guests for the memorial service (which would cost roughly £824), there are still other expenses involved such as catering (£362), limo and venue hires at £264 and £210 respectively, flowers to decorate the place at £171, service cards at £82, and of course funeral and death notices on newspapers and the like which might cost roughly around £159. Additional funeral costs would already total up to £2,061 aside from the basic funeral costs which already totals to £5,924.

Save Up on Packages

For funerals, you should also be smart about it and look at it as an investment as well. There are actually two ways for you to be able to beat the continuously rising prices of funeral costs and expenses. First and by getting packages from established funeral directors such as Stibbards which could offer you better costing funeral services than you would have paid for if you decide to do it on your own. You could choose from packages ranging from £975 up to only £2,695, depending on the type of funeral and memorial service you would want for your loved one. For as low as only £2,700, you would already be able to set up something really special and sentimental to celebrate the life lived. Secondly and one of the best ways to actually make the most out of the value of your money, is to get a prepaid funeral plan not only for yourself, but for the members of your family as well. What you would pay for £2,899 (their basic prepaid funeral plan) now, would already cost more than double in the next years to come when the time comes that you would already be using it. There are a lot of different kinds of plans that would fit your budget ranging from £3,349 to as much as £4,599. The beauty in prepaid funeral plans is that for the time-being, you could only get one or two (just how many you could afford), because you could actually transfer it to a family member should there be an untimely passing that would occur. Funerals may be costly and expensive, and it would not get any cheaper in the years to come, but you do not have to force yourself being stuck with paying off something that is way beyond your budget.