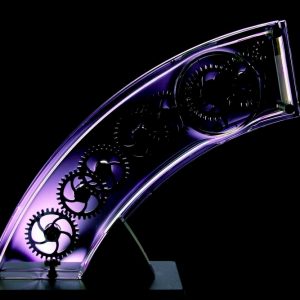 We live in an increasingly automated society. Ever since feedback controllers first started appearing factories in the 1930s, technological advancements have resulted in more and more of our manufacturing processes becoming automated.

To many people, ‘automation’ can seem a bit of a dirty word. The long-held trope of an evil robot taking over the world – combined with the fear that automation will result in mass unemployment – has led to a general distrust of the concept. However, the truth is that developments in machine learning and AI are not just beneficial, but crucial to the ongoing health of our manufacturing industry. With 2020 now well underway, how can we expect automation to help manufacturers this year?

The Industrial Internet of Things (IIoT) is revolutionising the way in which manufacturers can monitor, track and adjust their production lines. IIoT refers to the use of smart machines – such as connected sensors and actuators – to provide us with real-time data analytics.

Manufacturing software such as Evocon.com relies on the lean tool OEE (Overall Equipment Effectiveness) to optimise the efficiency of assembly lines, machines and other equipment. By automating data collection from these machines, Evocon enables users to identify bottlenecks in production and remove unnecessary paperwork, thanks to its provision cloud-based efficiency feedback.

Behind the scenes of the manufacturing process as well as on the factory floor, increased automation will help manufacturers to streamline their business and optimise their output.

Cobots will carry out dangerous tasks

Otherwise known as collaborative robots, cobots have been designed to work collaboratively alongside human employees. In production factories, cobots can take on the dullest and most dangerous jobs, saving their ‘real’ colleagues from performing mindless or risky tasks.

In fact, safety is one of the key aspects in which cobots are expected to help manufacturers in 2020. As well as shouldering the burden of unsafe jobs, cobots have been built to interact with humans as responsibly – and responsively – as possible. Their movement sensors, lightweight body work and rounded edges are all features which make collaboration a risk-free and intuitive process.

As Robotics as a Service (RaaS) becomes more sophisticated, we can expect to see more and more cobots on our factory floors.

The UK will be able to compete with foreign manufacturers

According to a report by the Business, Energy and Industrial Strategy Committee (BEIS), the UK is now falling behind its international competition when it comes to manufacturing efficiency.

With 71 robots for every 10,000 human workers, the UK is currently the only G7 country which has fewer active robots in its factories than the global average of 74. In its report, the BEIS has argued that this will prevent it from overtaking other countries’ rates of production in the near future.

Thomas Bouchier, the Managing Director of FANUC UK (the Factory Automation Company), has claimed that UK manufacturers are around 30% less productive per hour than their counterparts in Germany. Increasingly adopting automation will help the UK to boost its productivity. Continuing to fail to do so could pose a serious threat to the future of British manufacturing businesses. If automation is the answer to this productivity crisis, it’s clear that the financial risks of resisting it are far outweighed by the benefits of embracing it in 2020.