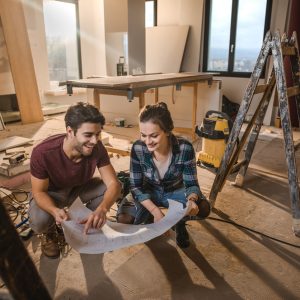 The UK home improvement market is still on the rise despite large retailers like troubled Homebase calling in consulting group. As is often the case with uncertainty in the property market consumers are choosing to improve rather than move. Financial woes coupled with the unknown effects of Brexit show a decline in house sales. This is despite house prices reaching their highest ever values in March 2018 according to The Halifax.

London and the South East lead the way in home improvements with planning applications for larger projects like extensions and space opening redesigns being amongst the most popular. Similarly smaller home improvements like adding permanent window shutters are also seeing a rise according to established UK company cheapshutters.co.uk ‘With customers watching their wallets but still wanting to update their homes we’re providing more quotes than ever’ says manager Neil from Cheap Shutters. ‘There’s an air of stoic resilience among SME’s in the building trade’ he states.

Trade business is also up as smaller building firms react to markets by diversifying into new product offerings such as window shutters according to the same Source. Profit margins may see a minor contraction as consumer budgets shrink and sterling is still down but trades involved in home improvements expect ongoing steady enquiries during spring. This is a good time for industry companies to strive for steady growth. While property sales shrink and asking prices go up, home owners aim to add value until the market settles down again.

Other popular home improvements include converting spare rooms into home office space as the shift to home working increases. Converting space in the home can be very cost effective and savings are welcome as inflation rises year on year. Another key benefit is the rise in property value once improvements are completed. Consumers in the UK are set to spend over £50 billion improving their homes during the next six months as reported in the Express. With an average spend around £25,000 that makes for a growth market despite tough trading times.