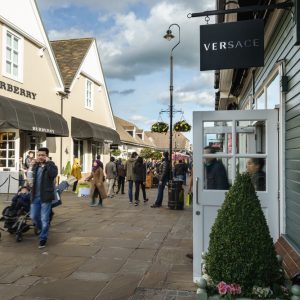 Retail centre owner Hammerson is to take over its rival Intu in a £3.4bn deal. According to BBC News, the takeover will create the UK’s largest property company with a value of £21bn.

Intu is currently the owner of the Lakeside shopping centre in Essex and the Trafford Centre in Manchester. Hammerson is the owner of Brent Cross in London and Bicester Village designer outlet.

The combined group will target fast-growing markets in Spain and Ireland. As the news emerged, shares in Intu rose 19% while Hammerson fell 3%.

Hammerson chairman David Tyler said: “This transaction will deliver real value for shareholders. The financial strength of the enlarged group and its strong leadership team will make it well-placed to take advantage of higher growth opportunities on a pan-European scale.”

John Strachan, chairman of Intu said: “Intu offers high-quality retail and leisure destinations in the UK and Spain, which, when merged with Hammerson’s own top-quality assets in the UK, in France and in Ireland, present a highly attractive proposition for retailers and shoppers in Europe’s leading cities.”

GlobalData retail analyst Sofie Wilmmott said the combined group would have a stake in 12 of the UK’s 20 super-malls, defined as shopping centres with more than 20 million customers a year and more than 20m sq ft.