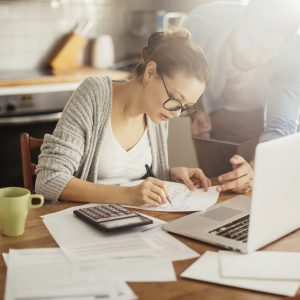 A report from the Resolution Foundation indicates that Britons born since 1981 – known as the millennial generation – have suffered the second biggest financial hit in the developed world, topped only by Greece, according to the Guardian.

The report indicates a bleak picture across all developed countries, with the exception of the Nordic countries. Low salaries, unemployment and falling home ownership mean that millennials have experienced a financial reversal compared to the baby boomer generation.

Researchers also found that, when unemployment was removed as a factor, British millennials had experienced a more significant decline than young people in other countries.

The report says: “Generation-on-generation progress has been all but wiped out for millennials whose home ownership rate in their late 20s, at 33%, is half that for the baby boomers at the same age (60%).

“Falling home ownership for young people in their 20s is also found – albeit to a lesser extent – in Australia (a 12 percentage points fall from boomers to millennials) and the US (a six percentage point fall).”

The UK youth unemployment rate remains low, at around 9%, in contrast to levels of around 25% in countries to the south including Greece, Spain and Italy.