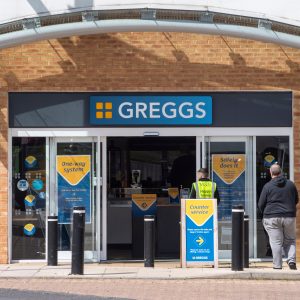 Greggs has reported stronger than expected sales and says it plans to create 500 new retail jobs in the second half of the year.

The high street bakery chain made a pre-tax profit of £55.5m for the 26 weeks to 3 July, compared with a £65.2m loss a year earlier when trading was hit hard by Covid-19 restrictions.

Chief executive Roger Whiteside said that sales had been stronger than anticipated in recent months and exceeded pre-pandemic levels in the four weeks to 31 July. As a result, the company now expects full-year profit to be “slightly ahead” of previous forecasts.

Greggs had 2,115 shops at the start of July and plans 100 net openings this year, with ambitions to expand to at least 3,000 stores.