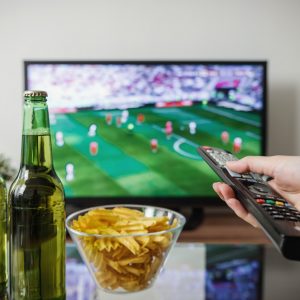 In terms of the volume of transactions being facilitated and the amount of money being bet, online sports betting accounts for roughly 40% of the world’s gambling revenue. This share has increased significantly in recent years due to the fast advent of mobile sports betting which has been seeing an even bigger-than-usual boom thanks to recent gambling law changes that some countries have made.

According to Stats from trusted resource provider Statista, the total value of the global sports betting marketing is estimated at approximately £200 billion. Furthermore, online sportsbooks and mobile betting account for more than £30 billion of that revenue. The other £170 billion is spent at conventional betting institutions like casinos and racetracks.

According to a report from the UK Gambling Commission (UKGC), the size of the online betting market in the United Kingdom is increasing by more than 10% every fiscal period. Meanwhile, the revenue generated by land-based gambling fell by a whopping £137 million between 2017-2018, and similar losses were seen in the following year.

In fact, the UK lost 254 off-course betting shops during that period. During the same period, the UKGG issued 888 online gambling activity licenses. With growth like that, it won’t be long before the average gambler does most of their betting from a phone casino like MobileWins Casino. With online gambling being so much more convenient, many analysts project that the vast majority of gambling will take place from mobile devices by 2030.

The US Sports Betting Market is the Fastest Growing

Perhaps most impressively, the market has grown by $10 billion each of the three years since, bringing the overall market capitalisation to approximately $65-$70 billion. According to a survey published by Statista, more than 50% of US citizens admit to having placed a wager on a sports betting site at least one time in their life. As more Americans become accepting of online sports betting and gambling in general, it’s likely that more than 70% of the population will be placing bets online by the end of the decade.

Asia-Pacific (APAC) Has the Most Online Gamblers

Of course, Asia takes the cake in terms of population volume and growth with more than 4 billion people inhabiting the region. As a result, the APAC sector is the largest online gambling market in the world, accounting for nearly 50% of all global sports betting wagers. The extensive size of this market makes it an appealing target for foreign investors who are looking to expand their brand into China and India through site and interface translations and international marketing tactics.

With real wages increasing in the APAC region and Hong Kong and Macau already being known as two of the largest gambling markets in the world, it is likely that we’ll continue to see Asia as the largest market in terms of sheer size for a number of decades. In fact, according to a report issued by Transparency Market Research, the APAC online betting market is expected to experience a compound annual growth rate (CAGR) of about 12.9% between 2019-2024.

In terms of which sports are generating the most revenue for online sports betting platforms, football (soccer) is the leader followed ironically by American football. After that, the big three US leagues (the NBA, NHL, and MLB) also generate a fair amount of bets. Although horse racing has come to be known as a niche market, it still produces quite a bit of gambling activity in the UK, US, South Africa, France, and Australia.

These statistics give sports betting companies an idea of how to structure their marketing campaigns when targeting potential new leads. Generally speaking, the best move for a new sports betting business is to focus on catering to European football fans or the fans of the big three American leagues, especially during pivotal tournaments and playoffs.

eSports are Taking Off as Well

Finally, a newer sector called eSports – playing games against other players and betting on the outcome – has also been picking up steam in recent years and is projected to reach a total market size of $1.5 billion by 2020. This creates a great opportunity for bookmakers to capitalise on additional betting types, since players can bet not only on their own games, but on global tournaments played by other players. As eSports continues to rise in popularity, it is expected to begin to represent a sizeable share of the global gambling market.