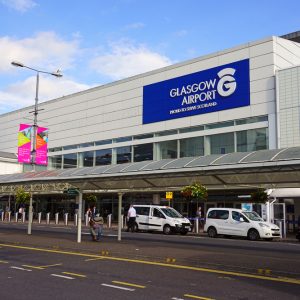 Airport chiefs have warned that Glasgow’s flight paths are no longer fit for purpose, according to BBC News. A 13-week consultation plan has been launched to assess whether the flight paths, which have been in use since the 1960s, should be amended.

New flight routes have been proposed, with advocates claiming they will enable the airport to cope with more passengers and reduce airspace congestion. However, the proposals have been met with opposition from local people who are concerned about noise pollution affecting their homes.

The proposals for change have been issued as part of the UK Future Airspace Strategy (FAS), supported by the Civil Aviation Authority.

The plans involve removing ground-based navigation aids and relying on satellite systems instead. The ground-based systems currently in use by Glasgow Airport are to be decommissioned in 2019.

Using satellite systems could help to make airspace management more efficient, reducing the time planes queue in the air and thereby cutting C02 and fuel emissions. It is estimated that the change would allow for CO2 emissions to be cut by 21% (12,910 tonnes).

Mark Johnston, operations director at Glasgow Airport, said: “The flight paths used at Glasgow Airport have not changed in over 50 years and, as is the case with the wider UK airspace infrastructure, they are simply no longer fit for purpose.

“We now need to ensure the way we manage our airspace matches the advancements that have been made in aircraft technology.”