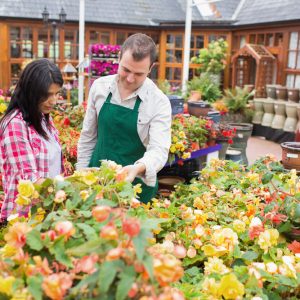 The recent spell of wet weather has hampered growth in the UK gardening sector, with sales at the lowest level in five years, according to BBC News.

The Garden Centre Association says that sales so far this year are around 15-20% down on 2017 figures, with an early Easter adding to the woes.

The Association’s chief executive Iain Wylie said people opted not to buy plants when the weather was wet, as gardens would be waterlogged.

Wylie said: “We need a sustained period of good weather. The worst thing would be one good day, one bad day. It’s been too cold and too wet and we need better weather to pick things up.”

Figures from the Horticultural Trades Association indicate that the UK garden market is worth £5bn each year. Around two thirds of British adults visit a garden centre at least once each year. Plants sales have not been this low since 2013.

Wylie hopes that the weather will get warmer later in the year, making up for the missed sales: “There will be some lost sales, but hopefully [the garden centres] will catch up with later selling plants.”

He continued: “Nurseries produce crops that bud and flower at the time they should, but if the weather outside isn’t conducive, it’s very difficult to manage the production cycle.”