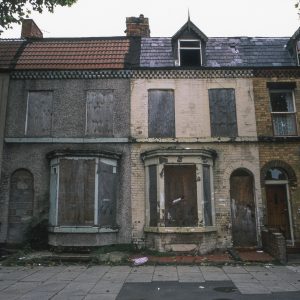 Decades of neglect in parts of the UK have led to a “branch line economy”, according to the CBI.

At the the business group’s annual conference, director general Tony Danker said that economic growth must be spread more evenly around the UK rather than concentrated in south-east England.

The free market had failed to create prosperity across the country, he argued, adding that neither the UK government nor business can solve this problem alone.

The rise of new industries such as clean and renewable energy, biotechnology and cybersecurity provided the opportunity for a “new industrial revolution” across the UK, Danker said.

But he told the conference: “Simply saying the market will fix this is not good enough.

“I don’t know a country in the world — including, and indeed especially, the United States — where governments aren’t active in economic geography.”

He added that while it is businesses rather than government that create jobs and wealth, governments must also play their part to try to “make places better”.

The CBI says that four key elements are required to lift productivity in a given place and allow more areas to prosper: high-value sectors, high-value firms, high-value skills and higher business investment. And it stressed the importance of creating — or building on — clusters of economic activity in different parts of the country.

A new CBI Centre for Thriving Regions is being established to help co-ordinate private sector involvement behind the government’s Levelling Up agenda.