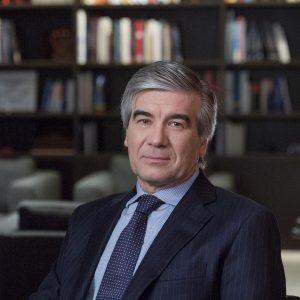 Francisco Reynés, CEO of Naturgy Energy Group, pointed out the incorporation of new vessels to their Liquefied Natural Gas (LNG) fleet, and that the company needs to take advantage of its current capacity. He sees “the market stabilising during the year 2019, and that’s why we need to take advantage of having a new capacity. We are one of the largest players worldwide on LNG and we expect to continue having the same amount of importance in this market”.

Regarding its expansion in smaller regions where Naturgy operates globally, Francisco Reynés explains that the energy group “is conducting a very clear strategy in those markets where we don’t have enough critical mass. We decided to maintain core businesses in markets where our mass is enough to maintain sustainable organic growth and taking advantage of opportunities that may arise”.

According to its CEO, Naturgy Energy Group is “waiting for the new strategic long-term energy plan coming from the government, which is expected to arrive in the next coming weeks. But we have been given a clear indication. This new plan is going to bet more and more on renewables, we need to move more on the green energies”.

Concerning M&A, Francisco Reynés firmly states that Naturgy’s growth in renewables “is clearly concentrated in our own development. We have incorporated in our strategic plan all the projects we have already in our pipeline, so we don’t depend on M&A transactions to reach the target we have set up”.

Lastly, regarding the electric market in Spain and the entrance of new electric companies, Reynés points out that Naturgy is “prepared to compete with the newcomers as we were in the past with the former ones”. In its 2018 results, Naturgy reported a cash flow generation of 5,500 million thanks to the development of its business and the sale of non-strategic assets, which were allocated to the growth of its asset base, debt reduction and shareholder return.