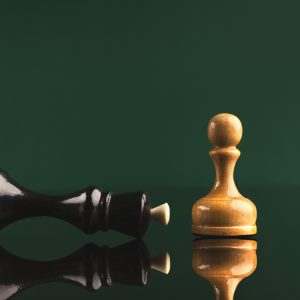 Despite record numbers of UK citizens being priced out of the housing market, more first-time buyers than ever before are finding their way onto the property ladder. Assisted in no small part by the government’s Help to Buy scheme, last year set a new all-time high with more than 370,000 first time buyer mortgage completions.

This represents an increase of almost 2% on the 2017 tally.

First-time buyer mortgages in the UK haven’t seen such performance since 2006, when almost 403,000 mortgages were completed just before the market’s crash. Interestingly, home-mover mortgages for 2018 fell to 367,800, representing a near-identical 2% decrease year-on-year.

Skyrocketing home values in the UK have been blamed (at least in part) on the expansion of the buy-to-let industry. But while first-time buyer mortgage completions have seen impressive growth, buy-to-let mortgages have plummeted by more than 11.5%.

Priced Out of the Market

Traditionally, it’s been first-time buyers who’ve experienced nothing but challenges when attempting to get onto the housing ladder. Today, it’s buy-to-let investors who appear to be struggling in growing numbers.

On one side of the spectrum, you have a mortgage industry that’s proactively helping record numbers of first-time buyers purchase their first homes.  Government schemes and competitive deals assist with the negotiation of typical financial issues.

On the opposite side, recent tax and regulatory changes has made it more difficult and expensive than ever before to successfully obtain buy-to-let mortgages. Record-high buy-to-let property remortgage activity would seem to confirm landlords’ commitment, but new loan application volumes are falling at a steady rate. To an extent, therefore, it’s buy-to-let investors who are finding themselves priced out of the market.

The shift has therefore been notable, with first-time buyers taking full advantages of the government’s freeze on Stamp Duty and its Help to Buy scheme. In addition, several lenders have begun offering 100% mortgages and introduced less restrictive application criteria, welcoming those who would previously have failed to qualify for a first time buyer mortgage.

As for whether the current trend will stick around long term, analysts and economists aren’t particularly optimistic. With the looming prospect of Brexit on the horizon, it’s impossible to accurately predict how the market will react to Britain’s exit from the European Union.

However, it’s largely expected that turbulence will hit every arm of the property market to one extent or another.

Therefore, experts are advising anyone who’s thinking about buying a property to act quickly and compare mortgage deals with the help of an independent specialist. Use an obligation-free mortgage comparison service to see what’s available right now and take advantage of the kinds of deals that may not be around for long. The extent to which March 29 affects the UK’s property market remains open to interpretation. Nevertheless, it will have a unique and wide-reaching effect of some kind, making now the time to make that move.