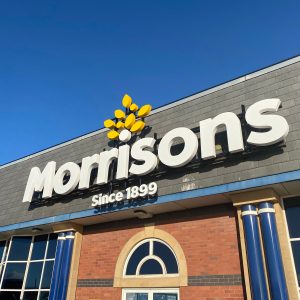 A bidding war could be on the horizon for Morrisons after a US investment firm said it was considering making a rival offer for the UK’s fourth largest supermarket chain.

The announcement from Apollo Global comes days after Morrisons agreed to a £6.3bn takeover by US private equity firm Fortress Investment Group, the owner of Majestic Wine.

This deal is subject to shareholder approval, but has been recommended by the supermarket group’s board of directors.

A short statement issued by Apollo on Monday said that the company was “in the preliminary stages of evaluating a possible offer for Morrisons”.

However, no approach has yet been made.

In June, Morrisons turned down an offer worth £5.5bn from another private equity firm, Clayton, Dubilier & Rice, claiming the bid significantly undervalued the business.

Analysts have speculated that other bidders could throw their hat into the ring, including Amazon, which has a partnership with Morrisons.