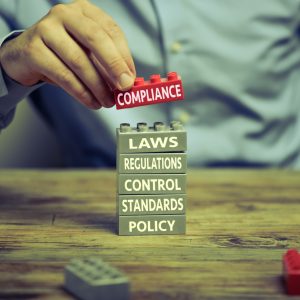 The Financial Conduct Authority has recently announced it will be scrutinising those responsible in providing high cost financial products. The City regulator has raised concerns about the impact of high default charges for missed repayments as well as above average interest rates for those taking out loans relating to catalogue buying, motor finance, rent-to-own and more, worrying about the impact these fees have on the most vulnerable in society, who often take out these financial products.

The short-term credit industry has been more strictly regulated since the FCA took over  this industry in 2015, replacing the Office of Fair Trading, and implementing a number of new measures to ensure firm’s fair treatment of customers. These have included a daily price cap of 0.8% for companies in the payday loans sector as well as stricter authorisation requirements and a limit on default charges to £15, to help prevent customers falling into a spiral of debt.

Nevertheless, the FCA has made it known its intention to implement stricter regulations in other high cost industries. One area of investigation will be unauthorised overdrafts. The FCA wants to clamp down on the high costs involved with these, which can often be far greater than the fees involved with payday loans that have come under much criticism. FOr example, an unauthorised overdraft may end up costing a customer as much as £6 each day, or £90 a month overall. In its review, the FCA has stated that its new proposals regarding unauthorised overdrafts are hoped to save customers up to £140 million each year.

Furthermore, the FCA has stated its desire to review the rent-to–own market, specifically the issues regarding the lack of price caps in this industry. To clarify, the rent-to-own market refers to individuals renting household products such as washing machines and TVs on credit, with the customer owning the product once the contract has ended. However, the FCA has raised concerns about these business models, as many companies in the rent-to-own market end up charging customers as much as £2,000 over time for a product that could be bought for just £300 if they were able to buy it outright.

Whilst this move by the FCA has been warmly welcomed by many, others have raised concerns that stricter regulations could end up wiping out catalogue and rent-to-own companies entirely, meaning the potential loss of employment for thousands. With that being said, the FCA has noted that the payday market has been able to continue operating despite the enforcement of new regulations, whilst also ensuring at the same time that customers receive fair treatment and are not taken advantage of by businesses, meaning that consumers are much better protected from high-cost credit rates than was previously the case.