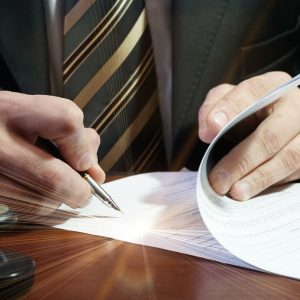 It’s an industry that has often come under intense scrutiny, but the high cost short term loans sector has seen a significant increase in consumer confidence. This comes as a result of the FCA facilitating dramatic changes and the enforcement of new regulations. In fact, a recent review by the FCA has stated that the noticeable improvements in the payday loan industry means that it will now not be reviewing this sector again until 2020. We take a look at the reasons why the FCA has successfully increased consumer confidence in the high-cost short term loan industry.

The introduction of the FCA

Previously  the high cost loans industry was regulated by the Office of Fair Trading, but in 2014 the Financial Conduct Authority took over as the main regulator for consumer credit, with this being officially launched at the beginning of 2015.

The FCA made it clear from the very beginning its desire to facilitate change within the industry, wanting to ensure that businesses engaged in responsible company practices so that customers were treated fairly. The regulator also made clear its aim to cut down on the most vulnerable in society being targeted by this sector and its sky-high fees.

One of the first rulings implemented by the FCA was to ensure that all loan providers and introducers brokers were fully authorised before they could carry out any business activity. Whilst applications for authorisation were being processed, businesses in this sector were granted interim permission, however, the high levels of compliance meant that over half of companies providing high-cost short-term loans were removed or exited due to increased costs.

The result has led to greater consumer confidence in the loans sector as it has significantly diminished the practice of brokers selling customers data and given strength to payday loans direct lenders – ensuring that payday companies can only survive by adhering to responsible business practices.

Furthermore, the FCA also introduced another new proposal: a price cap for the payday industry. This was enforced so that lenders now had a limit to the amount they could end up charging borrowers.  This equates to a capped daily interest of 0.8% percent (equal to £24 per £100 that is borrowed). The FCA also introduced a cap on default charges which is now limited to a one-off fee of £15.

Consequently, customers can have the confidence that they will not end up having to repay double what they asked to initially borrow. In addition, this price cap was implemented to also encourage new competitors in the market to compete over other factors such as customer service and lower rates.

Under new FCA regulations, all lenders are required to carry out full credit and affordability checks before they can agree to approving a loan. This is to ensure that responsible lending practices are adhered to and so that it is possible for consumers to borrow without ending up falling into further financial difficulty when it comes to making repayments. Now that the role of underwriting places a much bigger role in the short-term loan industry, there are potentially huge fines for lenders if they do not have sufficient checks in place, with payday giants Wonga and QuickQuid fined for this very reason.

Overall, with higher barriers to enter in the payday industry, tougher rules on rates charges and checks carried out, it is essentially the most compliant and responsible lenders that are left to trade. As a result, prospective borrowers can have peace of mind when borrowing that their information will be treated carefully and they will be dealt with in an honest and transparent way, something that has boosted consumer confidence accordingly.