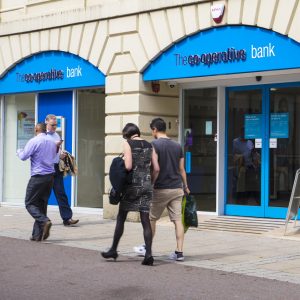 Paul Flowers, the former chairman of the Co-operative Bank, has been told he may never work in financial services in the UK again, according to Reuters.

The Financial Conduct Authority (FCA) announced the ban following an inquiry into the regulation of the bank. Flowers was chairman of the bank from 2010 to 2013 but lacked the ‘fitness and propriety’ to run it, according to the FCA.

Flowers, an erstwhile Methodist Church minister and Labour party politician, was the subject of a press sting operation. Secret footage showed him buying and using cocaine, ketamine and crystal meth in 2013.

The FCA also found that Flowers had used his work email account to send and receive sexually explicit messages and to discuss the purchase of illegal drugs. Flowers was also found to have used his mobile phone to make inappropriate calls.

Flower’s lawyers reiterated their client’s apology for embarrassment caused to the bank, but said the FCA had “yielded no suggestion he lacked the competence or capability or failed to discharge his obligations.”

On Flowers’ behalf, BCL Solicitors said: “The FCA findings concern only his personal actions, which took place at a time of great turmoil and distress in his private life.”

However, the FCA maintained that Flowers had failed to show the integrity and probity required by his role and showed an unwillingness to comply with the FCA and other legal and professional standards.