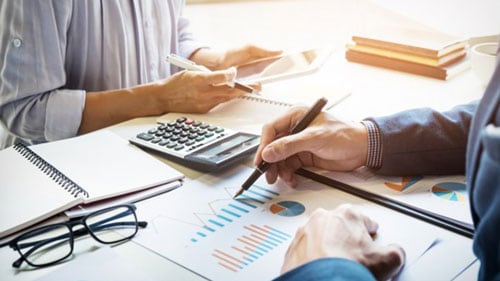 There’s cliché that life gets a whole lot better after fifty? Be it as it may, sometimes, there might be a few bumps in the road. One may, for instance, find that they are struggling financially or lack enough cash to enjoy a comfortable retirement.

If you are 55+ and own a home, equity-release might be the answer to some of your financial problems.

Today’s equity-release rates are quite favorable. They are the cheapest they’ve ever been in recent times. However, in itself, equity-release is still relatively expensive.

According to SovereignBoss, today’s equity-release rates are quite favorable. They are the cheapest they’ve ever been in recent times. However, in itself, equity-release is still relatively expensive.

Thus, if you are thinking of accessing the equity that’s tied up in your home, you should take a step back, check out how much equity you can release with the equity release calculator and consider a few things first.

Releasing equity from your property isn’t something you take lightly. So, before you jump into equity-releasing your home, first evaluate whether you might be better off living in a smaller home.

Downsizing has its advantages. For starters, you move into a home that’s more suitable to your age—fewer stairs, undemanding cleaning, and maintenance, etc. Therefore, if selling your home is a good option, do not hesitate.

If you sold up and relocated to a smaller home, you could live off the extra money you make. Therefore, if downsizing seems right, do it!

Nevertheless, like everything else, downsizing isn’t always a straightforward deal. Think about the friends, family, and community you might have to leave behind when you move away. Additionally, there are financial costs to consider, such as removal costs, stamp duty, agents fees, and so on.

The easiest way to define equity release is this; just like every other property, your home has monetary value tied to it. Equity release allows you to unlock this value (aka equity or cash) without moving out of the house.

As a rule, you must be over 55 years old to access equity release plans. You, however, don’t necessarily need to have paid off your mortgage in full to do this.

There several different policies and plans through which a person can release the equity tied up in their home. Based on what the homeowner chooses, the money will come as a lump sum or in several smaller installments on which interest is payable.

Depending on your age and circumstances, equity release can be quite helpful. However, if not done right, it can turn into a costly affair.

One must, therefore, take the time to understand how equity release works.

The Ins and Outs of Equity Release

The most common equity release plan is one where you take on a mortgage which isn’t paid off until you’re dead. This plan works exceptionally well for people who don’t plan on bequeathing their house to anyone.

If, in contrast, you wish to leave your assets to an heir, you should know from the get-go that equity release means that your heir(s) will have less to inherit.

Any homeowner past the age of 55 may borrow part of their home’s value. The interest rate for the money you borrow is usually capped (fixed).

Traditionally, lumpsum lifetime mortgages don’t require you to make any repayments whatsoever. Nevertheless, ‘drawdown’ versions do exist where one is allowed to pay back the interest as well as part of the capital borrowed.

Note that lifetime mortgages are entirely different from standard mortgages.

Homeowners aged 65 and above may get a home reversion plan.

The plan lets you sell your home (or part of it) to a provider who pays you a tax-free lump sum or small regular payments.

You’ll, however, continue living in that home rent-free until you either pass on or move out permanently.

The amount the plan provider pays is usually below the home’s market value. However, when the house is eventually sold (after you die or move out), the provider will be entitled to the percentage of the equity you released initially.

In summation, equity release isn’t a small financial commitment. It’s so big a decision that it’s prudent to seek professional advice before signing any official papers.