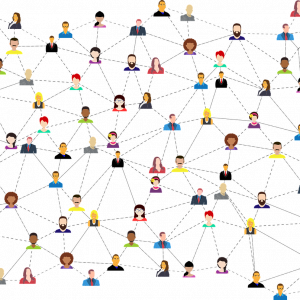 Economic missions provide new opportunities for cooperation with foreign partners in a dynamically changing reality. Their inseparable part are meetings with contractors on target markets, facilitating establishing contacts and allowing better understanding of a given culture and business environment. Project Global Silesia implemented by the Marshal’s Office of the Silesian Voivodeship and Fundusz Górno?l?ski S.A. is a program that actively and successfully supports small and large companies in foreign expansion.

Economic missions are an important element supporting entrepreneurs in making decisions about exporting products and services. In 2021, companies from the Silesian Voivodeship took advantage of the opportunities offered by exploring new prospective markets. Thanks to missions, many entrepreneurs learned about the business environment in Georgia, Croatia, Tunisia and the United Arab Emirates. They learned about the potential that these countries offer in expanding their business. Many entrepreneurs from Poland managed to establish contacts with trading partners. The chances for the development of companies have also been increased and the risk of doing business related to the situation on one domestic market has been minimized.

The first economic mission in 2021 was a trip to Georgia. It took place in July 2021 and lasted for 6 days. During the mission, numerous meetings took place between the Polish delegation and the authorities and entrepreneurs from the Caucasus. Within less than a week’s stay, the participants managed to visit the most important cities in this country, distinguished by a rich and long history, beautiful nature and fascinating monuments. The program included visits to Batumi, Poti, Ozurgeti, Kutaisi, Telawi and Tbilisi. During the mission, representatives of Silesian companies also went to the Ajar Autonomous Republic, which has been a partner region of the Silesian Voivodeship since 2011. An important item on the agenda were meetings with representatives of the highest Georgian authorities – the governor of the Megrelia-Upper Svaneti region, Giorgi Guguchia, the mayor of the city of Poti, Gocha Kurdgelia and the deputy minister of Economy and Sustainable Development, Irakli Nadareishvili. Polish entrepreneurs from the Silesian Voivodeship got to know the local culture, cuisine unique on a global scale and people who are friendly towards Poles. Knowledge of the environment will certainly pay off in establishing long-term business relations and will result in the strengthening of Polish-Georgian relations.

Croatia is a country that is very popular among Polish tourists. However, it is also an attractive business destination. Every year, the possibilities of entering the market increase, and for Polish companies it does not create large cultural or linguistic barriers. The mission to Croatia, which took place from October 25 to October 29, 2021, was addressed to micro, small and medium-sized enterprises from the Silesian Voivodeship. It was attended by representatives of innovative and promising industries that want to develop. They included companies from the IT / ICT, energy, green economy, industry 4.0, automation and robotics sectors as well as modern food processing technologies. During the 4-day mission, the entrepreneurs visited Zagreb, Opatija and Rijeka. The key point of the program was the Economic Forum “Opportunities for economic cooperation between Croatian and Polish entrepreneurs”, attended by representatives of embassies and regions – including the Deputy Marshal of the Silesian Voivodeship, Wojciech Ka?u?a.

Tunisia is frequently associated with beautiful beaches, sunny weather and relaxation in exclusive hotel resorts. However, it is also a country in which the electrical and electronic, mechanical and metal, chemical and aviation industries are developing more and more rapidly. This is conducive to making decisions about exporting products and services to this market. Silesian entrepreneurs, wanting to take advantage of the opportunity, from November 16 to November 20, 2021, participated in an economic mission to Tunisia. The agenda included a series of meetings with potential contractors, as well as representatives of institutions, organizations and entities operating in innovative and promising industries. Thanks to this mission, representatives of Polish companies got to know the business environment in Tunis and Safakis, and also deepened their knowledge of the local market.

The United Arab Emirates and the entire Middle East region are promising markets for Polish companies wishing to develop their business. The mission, in which Silesian entrepreneurs participated, coincided with the most important events of the Polish presentation at Expo 2020 Dubai: the Polish-Arab Economic Forum (December 6) and the Polish Day (December 7). Company representatives took part in meetings with trade partners from Arab countries and in thematic panels on green energy, food safety, Polish design and the digital economy. At the plenary and treaty session, representatives of the Polish Investment and Trade Agency, the Polish Chamber of Commerce and the Export Credit Insurance Corporation signed three agreements with the institutions of the United Arab Emirates. The agreements will make it easier for entrepreneurs to establish trade relations in this region of the world and to enter these promising markets.

Economic missions are part of a comprehensive project that enables Silesian entrepreneurs to participate also in international fairs, export training as part of the Internationalization Academy and information meetings on the possibility of supporting the export of products and services.

The project “Economic promotion of the region and activities related to the creation of favorable conditions for investment and export” is co-financed by the European Regional Development Fund under the Regional Operational Program of the Silesian Voivodeship for 2014-2020.

More information about the project can be found at invest-in-silesia and fgsa.