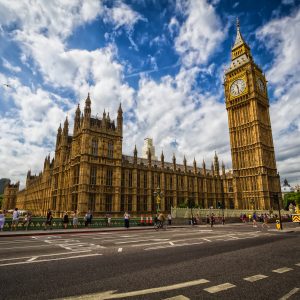 After years of development and turmoil, the Domestic Abuse Bill returned to the House of Lords on the 8th March 2021 to complete its report stage, one of the final stages before being enshrined in law.

The Bill is expected to completely transform the effectiveness of current responses to domestic abuse amongst a variety of services. Its main features include placing safe accommodation service funding on a statutory footing and outlawing threats of non-fatal strangulation, post-separation abuse and sharing intimate images.

It also intends to ban the direct cross-examination of survivors by their abusers in court and will importantly give the first ever legal definition of domestic abuse.

However, the Bill unjustly leaves women with insecure immigration status and No Recourse to Public Funds with little to no protection. This comes as a result of its ignorance of the issues that exist within our current welfare system, in which in accessing it, can exacerbate economic abuse.

Currently, those with No Recourse to Public Funds face barriers particularly in accessing refuge accommodation. This is because they are ineligible to claim benefits which many survivors rely on to financially support their stay in a refuge.

Campaigners are also hoping the government uses the Domestic Abuse Bill to change the way benefits are paid to women fleeing abuse. Universal credit is currently paid by default into one account when claimed jointly with a partner. Some argue it instead should be paid separately to each claimant by default, to prevent abusers from perpetrating economic abuse.

These issues are important, and the Domestic Abuse Bill is a chance to protect millions of women who are currently being overlooked. The voices of those that this is impacting must be amplified, and awareness must be spread of the risk that the passing of the Bill could pose if amendments are not made.

Sittings for the report stage are expected to continue in the week beginning 15th March 2021, before moving into the stage of its third reading. Calls for change must be made now, before it is too late.