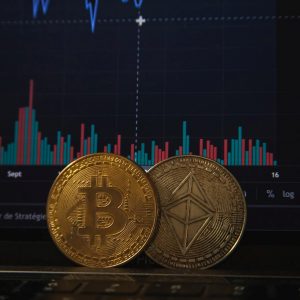 It is Day 3 of the Kleiman v Wright civil trial, and while no game-changing evidence has been submitted so far, the plaintiff presented three witnesses during the morning session.

In a nutshell, this historic trial is going to determine whether the pseudonym Satoshi Nakamoto who wrote the Bitcoin white paper is representative of Craig Wright or Wright and his friend David Kleiman, who died in 2013.

The one who filed the lawsuit against Wright is Ira Kleiman, David Kleiman’s brother, and his camp is also asserting that David Kleiman is a business partner in W&K Info Defense Research, LLC, a company set up in 2011 to program, promote and mine Bitcoin. If proven so, Ira Kleiman will be entitled to a share, which will be determined by the court, of the 1.1 million BTC mined by W&K, which is valued currently at about $70 billion.

Many are on the edge of their seats, eagerly awaiting news about the trial that has a big possibility of changing the world of digital currency. Here is a recap of what transpired in the morning of the third day of the historic Bitcoin trial.

A video recording of Wilson, former CFO or accountant of Wright’s companies, being interviewed by counsel to the plaintiff Devin Freedman is shown first. Wilson worked for Wright for less than a year and said he was not paid for his services. But after stating that Wright still owes him for that, he said that he actually did not expect to be paid because it was just a start-up company.

During the deposition, Wilson also states the reason for his resignation back then was that he did not like the way Wright changed from a simple man to someone who started to wear expensive suits and drive fancy cars. While Wilson is not able to contribute anything substantial to the case, he painted a picture of Wright as a man whose sudden fame and wealth changed him in a very negative way.

An almost two-hour video of Nguyen being questioned by Freedman is shown next. Nguyen is the former CEO of nChain, a company that Wright founded and where he is currently the Chief Scientist of. During the deposition, it seems that Freedman wanted Nguyen to admit that the IP assets of DeMorgan, a firm created by Wright, was acquired by nChain.

However, Nguyen never admitted to this, stating that DeMorgan was bought by an entity not under the nChain umbrella. And because Nguyen was not actually involved in the formation of nChain, he was not able to provide the information the plaintiff is seeking.

Kleiman arrives about an hour late and takes the stand, first explaining his absence in court yesterday due to his colon removal when he was 23 years old that made it impossible for him to sit down for an extended period of time.

What is interesting is the manner in which he was questioned by plaintiff counsel Andrew Brenner in the beginning, which is somewhat like how a lawyer would interrogate a child. And of course, this is objected to by the defense, and the objection is sustained. After that, no groundbreaking evidence or information can be taken from Kleiman’s testimony, which will continue after the lunch break.

Kleiman v Wright is progressing at a fast pace, with Judge Beth Bloom stating that it will be over before the Thanksgiving holidays.